Perfect for families or travelers on the go, and can be ready to paddle in a matter of minutes. The Adventure boasts a versatile and stable design making getting on the water easy, fun, and portable. Pack it up and get out there, what are you waiting for?

Read and submit reviews for the Adventure 10'6".

Read reviews for the Adventure 10'6" by Hobie as submitted by your fellow paddlers. All of the reviews are created and written by paddlers like you, so be sure to submit your own review and be part of the community!

I owned the Hobie Tandem…

Submitted by: guest-paddler on 6/9/2014
I owned the Hobie Tandem rotomolded kayak before the inflatable series of kayaks came out. Once I owned an inflatable kayak, it was a no brainer to own an inflatable Hobie SUP. Pros Compact storage and transporting. Stable and maneuverable. Comes with everything you need. Cons My personal preference would be a deck pad that did not leave marks on my knees. But it is grippy and soft, so who am I to complain. Usage flat water touring. Towing the kids while they fish from it.
Adventure 10'6"
3

I rented two Hobies on…

Submitted by: guest-paddler on 3/30/2014
I rented two Hobies on vacation and put a summers worth of time on them in just a few short days. I really like them, paddled great, stable, and were a lot of fun. I looked into buying one when I returned home. But the price stopped me and here is why. These boards are expensive. Compared to the SHUBU, they are almost identical and the SHUBU is significantly less. I have physically compared them side by side and while the Hobie looks a little nicer and may have a couple of extra features, I don't feel it's worth the price. Both boards are surely pumped out of the same factory. I would rather buy the SHUBU and invest in a great paddle. For the price of the Hobie, it puts you in the territory of the ULIs, Red Paddle, starboard, etc. Those brands have more unique shapes that aren't a generic shape that is used by several board makers who wanted an inflatable. With that, it's a nice, fun board and if it was cheaper, I would have likely bought one. Instead, I purchased a board from one of the makers I mentioned above because I wanted a unique shape. Pros It was a stable, fun board. The fact that it's inflatable, you can take it anywhere! Cons The price and the generic shape. Usage Flatwater
Adventure 10'6"
5

I own a tandem Hobie…

Submitted by: guest-paddler on 3/28/2014
I own a tandem Hobie inflatable kayak and I picked up the inflatable kayak as a fun addition to my obsession with Hobie inflatables. I have owned it for two seasons and it rides in my car ready to go all summer. It tracks great, is very sturdy, paddles and glides with ease. I highly recommend all Hobie inflatable products. Pros Compact to carry and stores easily in your trunk. Comes with a large volume pump and pressure gauge. Cons Backpack straps for the carrying bag could be reinforced a little more. Sewing tries to pull apart on the bag a little. Just have to be careful when lifting it so you don't rip a strap loose from the bag. No cons at all with the board itself. Usage recreational lake use
Adventure 10'6"
by Hobie
Submit Your Review
Find a Dealer
Manufacturer View/Download Catalog 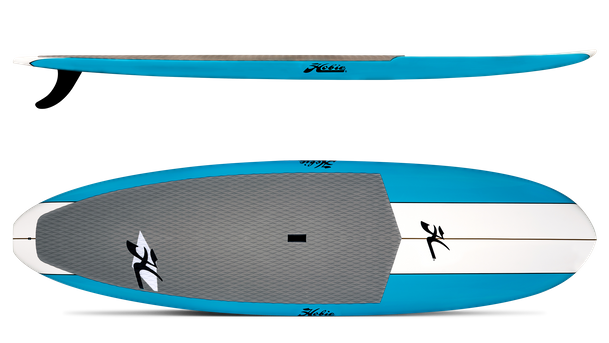 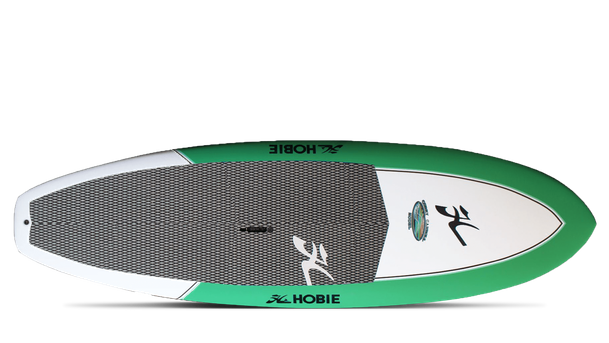 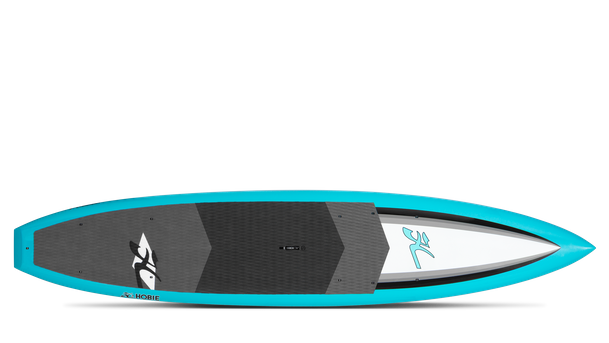 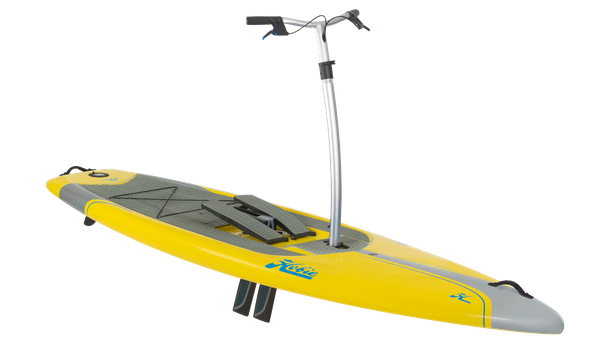