The Breeze is a kayak brought to you by Aquafusion Kayaks. Read Breeze reviews or submit your own review to share with the paddling community. Check out a few other kayak recommendations below or explore all kayaks to find the perfect one for you!

Read and submit reviews for the Breeze.

Read reviews for the Breeze by Aquafusion Kayaks as submitted by your fellow paddlers. All of the reviews are created and written by paddlers like you, so be sure to submit your own review and be part of the community!

My wife and I have had our…

Submitted by: paddler236384 on 7/21/2015
My wife and I have had our Breezes for at less 10 plus years and the Breeze is a great kayak. We have paddled lakes and creeks with no worries and great pleasure.I do admit that without a skeg they do not track well as any other kayak would.We had bought a deluxe with skeg and one base without which was my wifes and I built and fitted hers afterwards with a skeg due to the tracking issue.This is the only negative which can be avoided by purchasing one with a skeg. We very much recommend the Breeze if your looking for a capable kayak.
Breeze
1

I could not believe the…

Submitted by: paddler236054 on 11/13/2014
I could not believe the reviews I read and felt compelled to respond. The Aquafusion Brand is terrible. I made the huge mistake of buying two without the retractable skeg. Make no mistake, without the skeg this boat is pure frustration. It tracks like a drunken snake. It literally washes out the moment you get any type of speed. I had to order and install the skeg myself to make them decent. Do yourself a favor and buy a Wilderness Palamico instead. May cost $100 bucks more, but it is the difference between having fun and having major regrets.
Breeze
3

This boat does not track…

Submitted by: paddler234462 on 6/19/2012
This boat does not track well. Mine is the base model without a skeg. I can understand why they install so many skegs after purchase. I work down the street from their shop (where the boats are built in London Ontario on Nightingale Street). Best thing about this boat is I bought it used in great shape for 200. I want to sell it but won't because I would have to tell them it does not track well. It was the fifth of the kayaks I own and ranks last behind my 16 foot canvas on wood frame, 15 foot Old Town, 9 foot Escapade and 8 foot Pelican my niece paddles.
Breeze
5

I've had this model for a…

Submitted by: paddler233253 on 7/24/2009
I've had this model for a year now. Although a lesser known Kayak, this craft excels in all areas; I tip the scales at 230lb and feel very comfortable and confident paddling it. I've also outfitted it for fishing and have enjoyed many trips spending 3-4 hours at a time in it.
I highly recommend the Breeze.
Breeze
5

Submitted by: paddler232058 on 6/1/2007
This 11'er is the epitome of fun. I've owned this plastic yak for 4 years & have had only great times fishing/day tripping in it. It's fast & stable, tracks perfectly if you stay centered. It doesn't have a great capacity for gear, but it will hold all you need for a day on the water. It's not for the X-large person though, I'd say 200#er maximum is fine. Money well spent for a decent ride... enjoy!
Breeze
4

It just caught the corner of…

Submitted by: paddler231081 on 5/16/2005
It just caught the corner of my eye as I was passing AJ's ski and sport shop in Stowe, Vermont. A kayak of royal blue, hanging up on the used kayak rack outside on their deck, a sleek shaped kayak with a flanged bow. It was early and the store had yet to open. Still, I turned around for a closer look.

I had never heard of Aqua fusion. I saw nothing on here, but discovered that it was made in London, Ontario, by Nova Canoes.

"Canadians really know how to make a canoe and kayak," said a canoeist friend that knew these canoes.

He was right. The Aqua Fusion is just that: a fusion. It is a fusion between rivers, lakes, ponds, and light ocean paddling. My first outing with it was on a considerably bad day for paddling (if I had not been so eager to paddle it, I simply would have said to hell with paddling and gone to the bar instead) with much chop and the hard wall of a good headwind to fight. All this never bothered the fusion. The bow simply cut through the waves like a destroyer and never looked back. It surfed like a dream with the wind, finally, behind me. On flat water the kayak is so effortless to paddle I sometimes wondered if I was paddling at all and it seemed like it wanted to take off out of the water.

The Fusion has what they call a multi-chined hull. This is supposed to help make the kayak more stable in fusing its elements together. It is a different kind of hull design. I have had the Breeze in some moderate rapids and it sailed through them. The hull design does make it more stable. Even when I had the kayak stuck straight up on a rock with rapids pressing down on it, it hardly wavered. I got it off the rock and it just went on.

The Breeze is 11' long. It is more a recreational kayak for all kinds of general conditions than anything specific. This is good. But if you want a good ride for the modest price (these days) of about $550 or so, American (I won't say what I got it for:)), I highly recommend the Aqua Fusion Breeze. It weighs about forty pounds and is relatively easy to maneuver around. It can go just about anywhere. My friend was right about how the Canadians make a kayak. 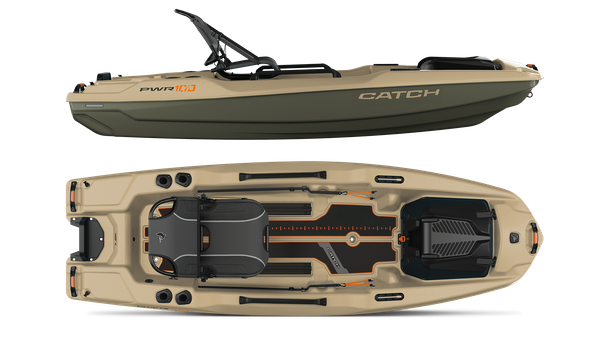 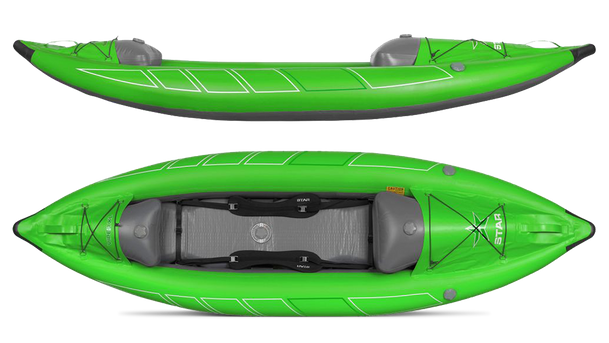