by Bell Canoe Works
Details
Great canoe, couldn't recommend it more. very fast, great in the wind, light, (I had the black gold composite and its well worth the extra cost) handles well and looks great. Workmanship is excellent and track like a dream

by Necky Kayak
Details
I really like the Looksha IV but it was a little small for me so I bought a Looksha IV+ which was a bit longer more room inside the cockpit etc. Was told it was more for instructors but its great for bigger people and my size 16 feet fit inside well which I have to say isn't the case with most Kayaks. Mine is a fiberglass model and I paddled it about every place up and down the northern California coast and the SF Bay including the lower Sacramento river. Handles well, turns and tracks well and I've ridden some pretty big waves. The bow also navigated some pretty scary rough water without any problem. I did get stuck in the sand a few times in the bay sand when I miscalculated the tide but that's my fault not the boat's. Would probably have gone for a lighter composite if I had to do it over but I really have no complaints

by Necky Kayak
Details
I know people that have the Arluk IV and love them and it is a roomy Kayak but I find them a bit "clunky" It felt awkward, didn't track as well as my Looksha IV + and just made me uncomfortable with the way it handles. It seemed seaworthy enough but I felt a bit like a fishing bobber It did have enough room however and there aren't many Kayaks out there that can accommodate my size 16 feet so I have to give it credit there. Maybe it just takes some getting used to but its a bit "different" and I didn't like it. 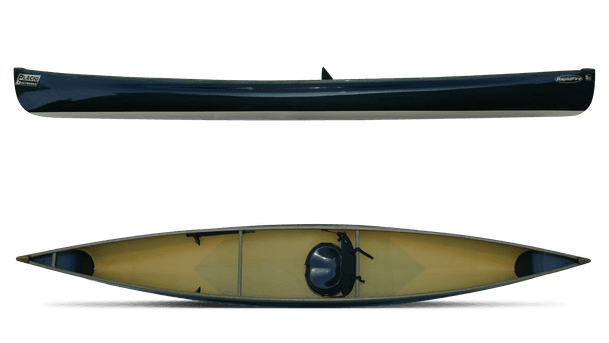 by Placid Boatworks
Details
Great canoe, specs are close to a bell magic but its a little shorter, maybe a little wider. Tracks very well, turns pretty well, good in open water like a big lake, pretty fast. Doesn't look as good as a bell but overall a nice boat. Between this canoe and a Bell Magic I'd take the Bell but its close, I'd get the Carbon fiber composite though. 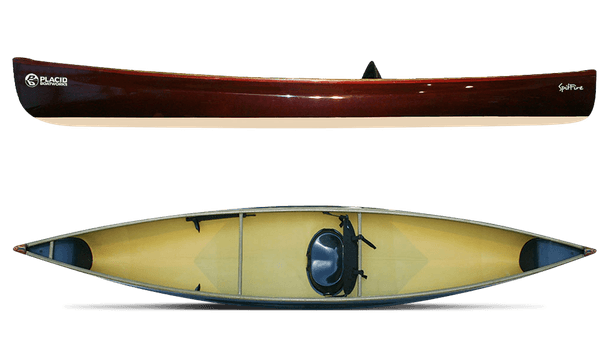 by Placid Boatworks
Details
Not a bad canoe for what it is, tracks ok, light and handled pretty well. For a smaller person it might be just the ticket to pick up and go at a moment's notice, I gave it a "7" but if you are a smaller person try it out as the main complaint I have is that it was just too small for me.

by Bell Canoe Works
Details
I like my Bell Magic black gold, The hull is pretty much a 10, its light fast and turns pretty well but it does have some flaws. the plastic end cap design leaves mush to be desired but I can live with that though I'll probably do something about them someday.

The biggest problem I have is the seat. Bell has 3 seat levels available but you have to buy and install the braces separately and they don't come in and out easily. Even with that My size 14 feet get caught under the seat with even the highest seat position which makes it a real pain to get in and out when kneeling and just plain dangerous as it makes it very difficult to escape in case of a capsize. I ended up taking out the seat altogether and use a kneeling seat but I been thinking about putting in some sort of netting to attach the seat so it will move out of the way so I can get my feet out of the darn thing and use it as a seat once in a while as its nice to give the old legs a stretching once in a while without have to go to shore.

Overall I like the Magic, even with flaws but its far from perfect. I still can't believe a reviewer called it a "slug" I can outpace just about anything on the water with this boat. You don't need a bent paddle either, You can get more speed out of a bent paddle on almost any boat but it performs well with any paddle. And no it doesn't turn like a whitewater Kayak but it turns pretty darn well for a fast 16 footer