by Yeti
Details
Let's start by getting one thing clear; as a general rule, I am not a fan of Yeti. For the most part, I find their products to be way overpriced, for the value received. I own their 20qt cooler, and several tumblers, and none of these work any better than their competition, which sell at about half the price. The exception is their half gallon and one gallon jugs. I paddle in Florida, and having cold water on hand, for a 7 hour day, is crucial. When my wife bought my first 1/2 gallon Yeti jug, i immedietely bought the RTIC clone, and conducted a side by side test. Both were placed on my kitchen counter for 8 hours, to achieve a baseline temperature, then both were filled with eight 2" ice cubes, topped off with cold water, and set in the sun. The RTIC was almost immediately covered in condensation, which did not bode well. 6 hour later, the ice in the Yeti was at about 1" in size, while the ice in the RTIC was gone, and the water was warm. Also, the Yeti just feels much sturdier. The lid has a thick air chamber built into it, which the RTIC lacks, the metal body of the Yeti feels thicker, and the handle is quite a bit sturdier. Add the really cool magnetic docking cap, and Yeti is the clear winner. I gave the RTIC away. 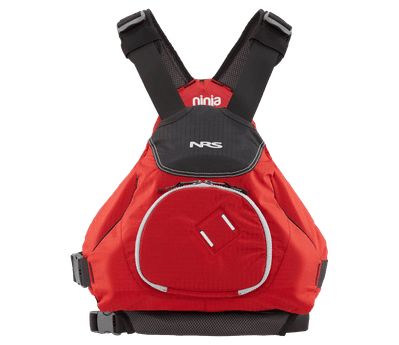 Recently, I had an experience kayaking, which could have easily been fatal, because I was not wearing my PFD. When I told my wife about it, I admitted that I never wore my PFD, because it was so uncomfortable.

She made me go to REI, where the wonderful staff worked at fitting me to the right vest. Being a large guy, this was no simple task. As soon as I donned the NRS Ninja, I knew I was in love! The design allows for a great range of motion, with no chafing, even after 18 miles of paddling.

Do yourself a favor. Spend the money on a good vest. You'll never regret it, and it could save your life one day.

For those seeking a midrange paddle, you really can't go wrong with the Carlisle Magic II. Reasonably light weight, seemingly bulletproof design, and an affordable price, make this a great choice. 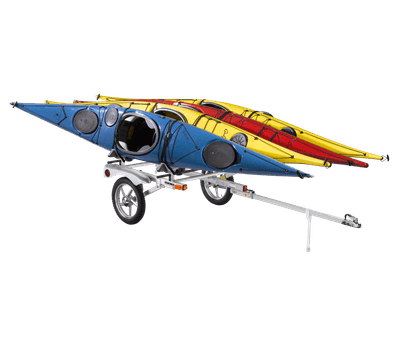 Absolutely delighted with this trailer!

Many years ago, my only means of hauling my rather heavy sit on top kayak, was to heave it onto the roof of our minivan. The torn rotator cuff which resulted from doing so, was as painful as it was predictable. My wife, being the smarter half of our union, decided I needed a trailer, so this wouldn't happen again.

After a couple weeks of research, comparing several different models, (and a short stint considering building one), I happened across a Yakima RackandRoll trailer, at my local kayak shop. I was immediately impressed, with its sturdy build and light weight, and looked at it seriously, as a contender. I think what sold me, was the fact that the trailer was designed so that the whole thing could fold up, and be stowed against my garage wall. How cool is that?

Yes, I admit, I'm a bit geeky like that.

Other equally important factors are the large, rugged wheels, which allow for highway speeds, without excess wear, and the high clearance, allowing it to be pulled practically anywhere, without fear of getting hung up on an axle.

My only complaint is that Yakima opted to use a round bar. When there is no kayaks resting on the J-Saddles, they tend to flip forward and backward, no matter how tight you clamp them down. An oval bar would have been a much better choice. It's a small annoyance, when you consider you've got a trailer so light, you can tow it behind a motorcycle.

Would I buy it again? Of course! 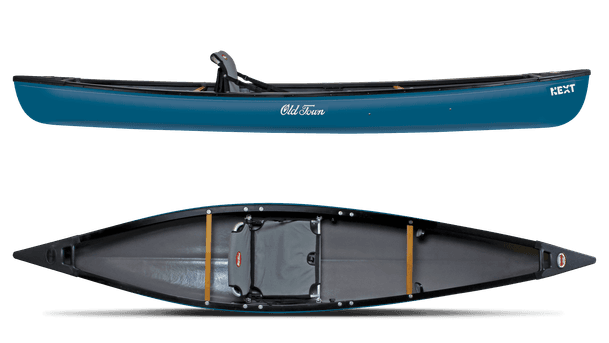 I may have accidently discovered the Holy Grail of paddlecraft.

I started my paddlecraft devotion about 50 years ago, with various canoes, which can be great vessels, when used as designed, however, they all just seemed to lack a certain difficult to define 'something'. My sister suggested I try kayaking, and I've never really looked back. My fleet consists of 2 sit in side kayaks, 3 sit on top kayaks, and a canoe/kayak hybrid.

At this point, I should disclose that I am a pretty large dude. Like, big enough that the weight limit on most kayak models are below what my scale tells me, every morning. The list of kayaks which will support me is pretty short, and the boats which make that list are usually pretty slow and heavy. I had almost reached a point where I believed that big guys like me, were forever doomed to paddling at a snail's pace, when I stumbled across a social media post, selling an Old Town Next canoe. It caught my eye, mainly because of the color, and I popped over to the Old Town website to learn more.

A solo, 12 foot canoe, with a 450 pound weight capacity? And a total weight of 50 pounds? And seating with back support? Okay, what's the catch? I need to try this boat!

My first test drive was in open salt water, with mild waves. After a couple decades of paddling mostly sit on top kayaks, with excellent primary stability, (the initially feeling of tippiness experienced in paddlecraft), my core reflexes had forgotten what a more rounded hull was like. The learning curve was about 5 minutes, before I could sit still, comfortably. When the boat was moving, it was rock solid.

As most of my paddling is in rivers, I decided I needed a test drive in these conditions, before pulling the trigger on this one. The Next is a canoe/kayak hybrid, similar to one I already own, at least by definition. My current hybrid has a tunnel style hull, which increases tracking, but makes it rather challenging to turn quickly, which can be important on quickly flowing rivers. The Next incorporates a tumblehume hull, which is rounded on the bottom, and narrows inward at the gunwale, resulting in fairly impressive secondary stability, (how far you can lean before going over). Because of this, I can perform slight leaning turns, greatly increasing the maneuverability of this craft. A lighter friend was able to lean all the way to the gunwale, spinning this boat on the proverbial dime. It took me a quarter. Still impressive.

After about 10 miles in the boat, I am as in love with the seat, as I am with the hull. The seat is mesh, set in a full frame, which is reminiscent of sitting in a recliner. The seat rests securely in a track system, allowing you to slide it forward or back, to properly balance the boat. The Next also utilizes adjustable foot rests, which aid in giving you a comfortable seating position, and allow you to brace in turns.

So, is it possible for a paddlecraft to be lightweight, track well, turn sharply, sit comfortably, and carry larger paddlers?

If you are looking for the Holy Grail of paddlecraft, I hope you will at least test drive an Old Town Next. You will not be disappointed. 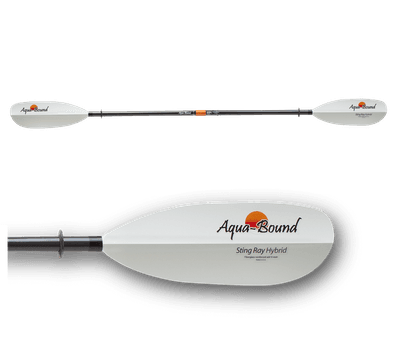 I ended up with this paddle, rather by accident, as it was included with a used kayak I had purchased, and I could not be happier. At the time, my primary paddle was a $350.00 Werner Camano Carbon, which developed cracks on both blades. Werner told me they would repair my Camano, for $260.00, which is roughly $130.00 more than the Aqua-Bound Sting Ray Carbon costs, brand new. With the Sting Ray weighing only 5 ounces more than the Camano, I simply could not see any reason to go back to the Werner.

The Sting Ray uses a carbon fiber shaft, which cuts the weight down considerably, and fiberglass infused blades, which, judging by the amount of physical abuse I tend to throw at my paddles, are considerably sturdier than the more costly carbon fiber blades on my Werner. Another point in the Aqua-Bound paddle's favor, is the shaft locking system, which they call Posi-Lock. This ferrule is as adjustable as that found on my Werner, however, it is far more forgiving. My Werner was constantly getting stuck together, as I was fairly negligent in cleaning the internal parts. My Aqua-Bound has never stuck together.