The moment the bushplane took off from the remote northern town of Red Lake, and began flying over Woodland Caribou Provincial Park - an expansive 450,000 hectare (1.2 million acre) wilderness area in northwestern Ontario, I was bewitched. It wasn't what I originally envisioned; the landscape wasn't a flat monotonous terrain containing a continual pattern of bog and spruce trees. I predicted everything below the pontoons of the Beaver to resemble some kind of shag carpet decorating a bungalow from the 70s. Instead it was an ecological masterpiece, appearing like a rich tapestry made up of old-growth conifer forest, interspersed with a scattering of birch and poplar, and prominent elongated bands of exposed bedrock jutting out between a labyrinth of lakes, creeks and rivers. I couldn't wait for the plane to land so I could start my canoe journey there.

It was the distance needed to travel north that had kept me from paddling Woodland Caribou. It's a good five hour drive northwest of Thunder Bay to Red Lake. More common places, like Quetico, can be reached in a couple of hours or less. Accessing any of the routes are limited to heading off across the very busy township lakes, making use of rugged backroads or flying in by bushplane - a mode of travel that's getting more and more expensive. However, a call to Harlan Schwartz of Red Lake Outfitters (www.redlakeoutfitters.com) changed my view point of the cost issue. He planned out a good priced ten day route with a fly-in access to Artery Lake in the northwest portion of the park and vehicle shuttle pick-up at Leano Lake to the southeast.The entire package for myself and three canoe companions (Andy Baxter and Bill and Anne Ostrom) was more than affordable. The anxiety of time and distance needed to get to the park eased a bit as well once we arrived in Red Lake. It's a good highway all the way and the town is no secluded hamlet - it's booming and even comes complete with a Tim Horton's coffee shop.

Viking Outpost and Airways (www.vikingoutpost.com) flew us out, landing on Artery Lake. This is definitely a northern experience that should be had by all paddlers; to be dropped off on a remote lake, your gear tossed off the plane and a quick goodbye - and good luck - given by the pilot before be takes off and leaves you vulnerable to the elements. It's unnerving but exciting and uplifting at the same time.

It was a cold morning - colder than we all expected and we searched our packs for extra sweaters and toques before starting the paddle across Artery Lake, up the Bloodvein River system - a Heritage River that flows though Woodland Caribou and its neighboring park, Atikaki, in Manitoba.

Andy, my canoe partner, had suggested we begin our trip here on Artery Lake. He and his wife had traveled the route back in the mid-eighties and Andy wanted to relive some of the good memories they had back then - the main one being a visit to Artery Lake's pictograph site. The park is laced with countless Native painting sites but the ones on Artery Lake are incredible. The vivid red ochre images are spread across a chunk of Canadian Shield along the southern shoreline where Artery Lake channels into the Bloodvein River. Quite a number of them decorate the rock but the most noteable are of stone canoes (labelled memegwaysiwuk), a shaman holding a medicine bag and what appears to be lightening bolts striking from above, the water lynx who lives on the bottom of the lake, and a vibrant painting of a bison - a creature that's habitat is well over 200 kilometers away. It's a clear sign that Woodland Caribou's waterways were travel corridors for various Native tribes for hundreds of years.

Quetico, a well-known park in northwestern Ontario, also has its fair share of pictograph sites and Native history. They also have similar canoe route possibilities - all of which are remote. The parks themselves are all managed in a similar fashion; portages and campsites are not marked and no roads, railways or powerlines penetrate the interior. Quetico, however, is not Woodland Caribou. Definitely not.

On average, only 700 paddlers use Woodland Caribou in any given season and its common to have the place to yourself (our group sighted two groups in ten days). Quetico certainly has solitude, but the park gets a lot more visitation than Woodland Caribou. Woodland Caribou is also nestled beside Manitoba's Atikaki Wilderness Park, close to the same size as Woodland Caribou. That's a lot of space to paddle around in. The only nearby wilderness park that's similar in size and seclusion is Wabakimi Provincial Park to the east. Woodland Caribou, however, has a much hotter and drier climate, similar to the landscape found in central Manitoba and Saskatchewan, which is why it receives the "Prairie Boreal" label. I've been to Wabakimi for a few trips - it's not similar to Woodland Caribou.The key difference that makes Woodland Caribou different than any other park in Ontario is in its ecology. It has a unique feel to it that capitulates the visitor the moment they arrive. After only a couple of days paddling the park it became obvious to me how special it was, mainly due to how Woodland Caribou is fire driven - the entire park has been burned over, on average, every hundred years. I've never paddled in an area where the patchwork of various-aged burn areas are so apparent on a day-to-day, even hour-by-hour basis. One minute we were portaging through an open fantasia-like forest with old-growth jack pine rooted amongst a thick carpet of moss, and the next we were drifting by a shoreline with blackened stumps intermixed with young pine shoots trying to crowd out each other. These significant differences definitely spawn biodiversity.

The burned areas give life in many ways, from wood ash washing into the watershed and reducing the acidity in the water to providing prime habitat for the elusive woodland caribou - which give the park its name. Without the burns the caribou couldn't exist. Throughout the winter they eat the lichen growing among the sixty to hundred year-old jack pine. To continue the old-growth forest ecology to thrive you need the trees to burn and regenerate - if you disturb it by stopping the fires and cutting the trees down, you destroy the indicator species of the park's rich biodiversity. Once the caribou die, so does the ecology of the wilderness park.

Our group didn't see the caribou. They're like ghosts of the forest. We saw plenty of tracks along the beaches and scat on the island campsites. But no caribou. In the beginning of the trip it became a running joke amoungst us that the caribou didn't really exist, that they were just a marketing ploy to get us there. By mid-way through our journey, however, no one really cared if we saw one and our jokes became mute. The habitat that they coexist with was so evident all around us that we didn't really need to spot a caribou to know they were there. Besides, we saw plenty of wildlife. Moose sighting were common and bald eagle sightings averaged a dozen a day. Three black bear were spotted as well. All were good encounters - even the bear that walked in front of Bill on a portage and another that went up a tree beside me on a trail and then came crashing down when the tree fell.

I've paddled in many places but never had I felt such a keen interest in a place then Woodlands Caribou. Maybe because it was new to me, maybe because it wasn't at all what I first anticipated, maybe because I just got a taste of this wild area during our mere ten day trip there. Whatever the reason, I'm going back for sure; not because I didn't see a caribou, and still desire to see one, but because I never truly understood the entire meaning of how it bewitched me in the first place. Tips for Canoeing the BWCAW 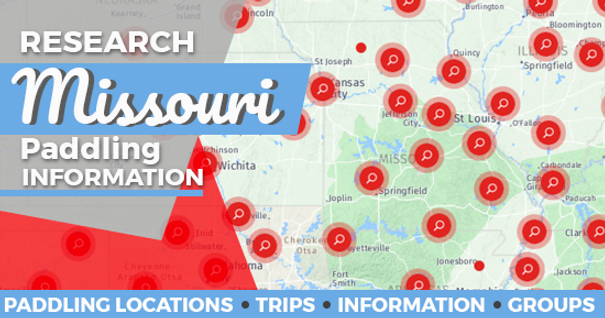 Well, it's over. Football season I mean. It's a sad thing for sure. So now, what will I do with my free…