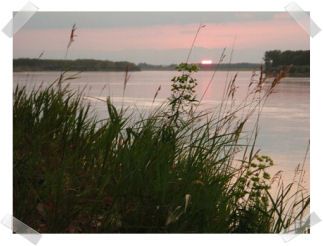 Wilson Mills has a nice launch will ample parking on river right. The refuge canoe launch is on route 16 with a paved parking area. There is another launch further south at the refuge office and parking across the street.

The current was quick in the early section of the paddle and slowed down about 1/2 way down river. Right after the put in there were two islands to go around.

Route 16 is nearby and the river comes close to it at one section. Even though the road is close, it is a nice paddle with views of some peaks. A covered bridge crosses the river.

On this second weekend in September, we encountered one group of students from Dartmouth College. About 5 miles down river there is a land grant owned by Dartmouth with an airstrip. The students were camping there. 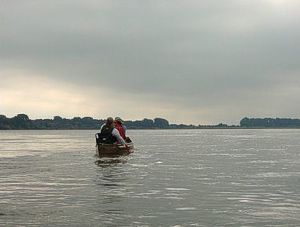 The take out is in a backwater of the river on the right and there is a sign off the main river. We mostly floated down the river and you could easily do this section as a 1/2 day paddle.

There is a campsite, Diamond Peaks, on river left about a mile before the put in right before the Route 16 bridge. It has many grassy sites with an outhouse way in the back of the campground. There are only two sites by the water that are not very flat. The flat sites are further back. Reservations are required through Northern Waters/Sacobound.

To paddle river, no.
Camping is approximately $10 a night