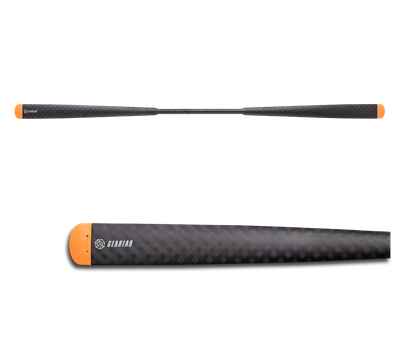 My go to paddle.

I've been using various greenland paddles for the last 4 years - mostly a variety of home made wood paddles and then a Northern Lights 3 piece carbon GP. After doing research and talking with GearLab directly (great customer service), I knew the Nukilik was the paddle I was looking for. After using it for 2 years here's where I'm at:

What more could you want: two piece with a very solid ferrule, 12K weave carbon fiber construction, very sharp edges, perfect blade and loom sizing, very comfortable shoulders, and replaceable built in tips. The Nukilik has been my go to paddle since I got it 2 years ago. It's light and very quiet through the water. It may not be as buoyant as a wood GP but it is more buoyant than my Northern Lights. The paddle has a bit of flex to it when you really push it hard but not more than an equivalent wood paddle. The replaceable tips come in handy because the majority of my paddling is done in very shallow water where I constantly hit bottom. No worries though, because the tips are very rugged and easily replaced if needed ( mine are 2 years old and still going strong ).

Overall I highly recommend the Nukilik, whether it's your first greenland paddle or an addition to your collection. GearLab put in a lot of work to design the Nukilik and every bit of it shows on the water. 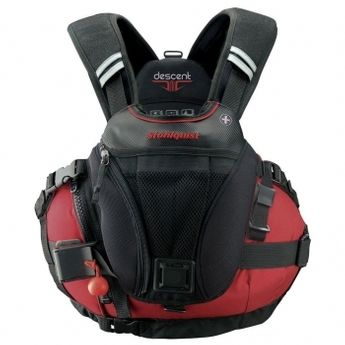 Lots of storage and built to last.

I've had my Stohlquist Descent for about 6 years now and it's holding up like a champ. I've looked at other rescue pfd's but none have offered enough features to get me to replace my Descent,

The big, easily accessible pockets are my favorite feature allowing me to carry everything - rescue knife, camera, gps, VHF radio, flashlight, strobe, snack bars, etc. It also has another feature that I haven't seen anywhere else, the shoulder straps have battens in them and a non skid texture which come in very handy when carrying your boat. Put the cockpit rim right on the strap and you're good to carry it without having the rim cutting into your shoulder or slipping off. The quick release for the tow belt is very easy to find without looking and operate.

It's comfortable to wear for a full day of paddling but my only complaint is that it's heavy. The Cordura construction makes it bombproof but also adds weight, plus the side panels are a 3mm or 4mm thick neoprene which can make it kind of hot to wear in the summer. This is my only complaint though, if you live in cooler regions like I do, New York, you'll be fine year round no problem.

Overall, I definitely recommend trying one before you buy a rescue jacket. Mine has survived many seasons of hard use and doesn't show any signs of giving in. If you're looking for a rescue jacket you can rely on, definitely check out the Descent.

by Water Field Kayaks
Details
First of all I'm 5'7" tall 170lbs and the Trans Am SS fits perfectly with room to spare. I've paddled this boat exclusively over the last 4 months going out at least 2 times a week in a wide variety of conditions from dead flat calm to 35mph winds and very rough waters around Long Island, NY. The high rocker profile makes the boat wander a bit in flat water but when it gets rough out this boat is an absolute blast to paddle. Despite how narrow it is, it's very comfortable and feels at home in waves. The rougher it gets the faster this boat goes.

I recently entered a race and with the Trans Am SS and my Greenland paddle I was able to finish in second place right behind a Rockpool Alaw Bach using a euro blade. The Trans Am SS is also a great boat to roll as well, the high rocker and low decks make rolling easy. Additionally, it's incredibly easy to get on edge and hold it there as you paddle.

Overall, for the conditions I typically paddle in (windy and choppy) I couldn't be any happier with the Trans Am SS. When it's flat out the boat can wander a bit but it's easily handled. Last but not least, it's a great looking kayak. If you can get your hands on one I highly recommend trying it out.