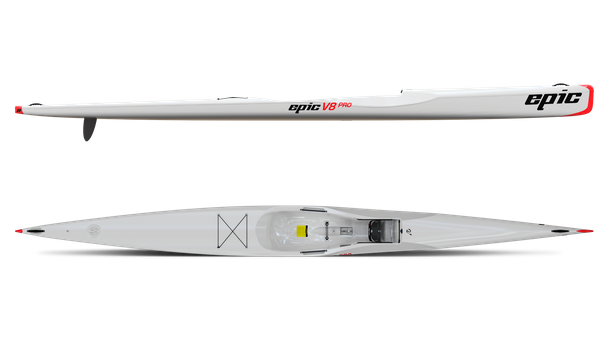 Very stable and great for learning

After much research and having listened to ton's of opinions, I decided to buy the Epic V8 for my first ski. It was an excellent choice. Let me explain why...

I got into ski paddling to catch runners (waves in the sea). I saw so many people having fun in the waves that I just had to get into the sport. The V8 was perfect for learning primarily because it is so stable. This meant I was able to concentrate on developing good technique right from the start and was able to have some fun in the waves too.

The Epic V8 is also fast! Despite the emphasis I have placed on stability, which I think is the priority when learning, the V8 is fast. I guess this is partly due to the design and partly because I was able to put the power down early.

After about 6 months I sold my V8 and bought a surf ski (more for paddling in an out of the shore break). For the next 4 months I spent more time in the water than on the ski and began to regret my decision to sell. I have persisted and am now OK on the surf ski but there are times I miss my old V8; especially when the sea is big and rough.

I highly recommend the Epic V8 to anyone starting out in the sport. It's the perfect ski to learn to paddle on. It's also a great investment if you want to paddle in rough conditions and big surf. 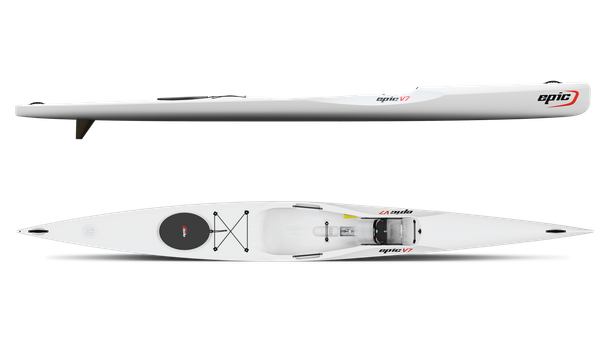 by Epic Kayaks Inc.
Details
I first paddled the Epic V7 about a month ago and was surprised at how stable it is. The ski is a pleasure to look at and has been well fitted out. I particularly like the adjustable peddles and handles front and back.

I didn't rate the ski a 10 out of 10 because the compromise for stability is speed; although this is still a fast ski. I ended up buying the V8 after trying the V7. As I understand it they're the same design just made from different materials. I love my V8 mainly because I take it in the ocean and it's quite stable and great for catching runners.

You can see more about us here: http://skipaddling.com/