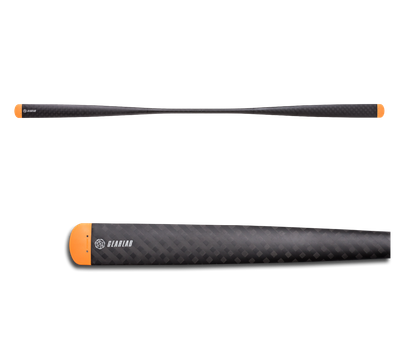 INTRO (why buying a none-hardshell)

I was looking for a kayak ever since I had an afternoon go in a proper sea kayak in Comox, BC, Canada. Of course any Canadian would go for a real sea kayak. They have the space and the scenery for it. But there are people in the world, that 1) can't afford a 2000,- $ plus kayak and 2) have no space at home or transport option.

So I was looking for a kayak that could be transported anywhere in a car and could also kayak like a kayak. Needles to say there are a lot of inflatables out there and skin on frame option. Soon enough I realized that Advanced Elements is the only company out there with a real alternative, so far: the AirFusion When you Google inflatable kayaks and search by images, the AirFusion stands out immediately. So... AE it is. Hence first time experience AE and so AF.

Now, lets face it: AF is not a hard-shell. The good news: it is not an inflatable dingy either.

Setting up the AF is not difficult. But a perfect result in little time needs practice, for sure! After 6 month and many assemblies and disassemblies I have changed my approach every so much to get to a comfortable setup flow. Read the many tips and tricks online and you will develop your own flow. I, for example, put all the poles in the kayak at the same time so I only need to access the front and rear zippers once! The zippers are really just access holes for the poles and such. The front zippers has hardly any use as pole#6 blocks entrance. The back compartment offers a bit of space. Of course the compartments can be stuffed by removing the thwarts. But this is only interesting when touring for real.

The balance of inflation of the AF with all the chambers is a matter of practice and experience. A hand pump with gauge is just about a must. Later on you'll get used to it and can go by feel (or sound of the crackling tubes). I, however, use the gauge all the time. It is really noticeable when you do it wrong: the kayak looks badly inflated. Most problems occur due to bad thwart alignment (the two big airbags). You really have to make sure both are at the bottom of the kayak at all four corners and in the right position.

In the beginning I was a little frustrated about the perfect shape and alignment I was aiming for. But eventually you need to let go of a hard-shell result. It won't happen! And really, you will love it's 'character' for not being perfect. It's like in real life!!

My AF's bow is always slightly wrinkly. But straight none the less. Setup time can be as short as 15 minutes, but I usually take 20-30 minutes in a relaxed flow. Making sure all is straight and well aligned and properly inflated. A two hour paddle needs less than 3 hour of your time. I think that is wonderful.

The alumin(i)um poles combined with the air chambers give a really sturdy kayak. What a great design! I think someone at AE must have gotten this idea on a camp ground while sitting on his/her air mattress in a tent while it was raining, hoping that the tent wouldn't float away. Just brilliant.

The AF is agile but stable like any other hard-shell. It's noticeably lower to the water line which is different from a hard-shell. It takes a few times to adjust the seating position but the front thwart is a wonderful foot brace and it's really comfortable and soft, though strong enough to push against it.

The seat however is not the best design.The bottom part needs fixation in order to avoid it moving forward. When the correct paddle posture is attained it will stay, but tour kayaking also means relaxing. When you lean aft, the seat will move forward bit by bit. After 4 hours of kayaking, I decided to tackle the problem and am currently working on a fix (Velcro on inside-bottom kayak and Velcro on bottom seat cushion).

The inflatable coaming is good enough for it's purpose. You need a good firm inflation in order to have it work (the manual repeatedly warns for overinflation, though). I have used the touring sprayskirt from the beginning and it works fine.

I paddle in waters with temperatures around 5-15 degrees C. So I decided on the tour sprayskirt. Two things of criticism: the coaming has a tube at the back, that is really in the way and should have been designed towards the inside of the cockpit. Now it's really hard to blindly attach the sprayskirt over the back coaming with the tube in the way. Oh and the bungee of the sprayskirt is also in that position and OH, the back bungee net is there too...

I have cursed a few times trying to attach the spray skirt and finally cut a hole at the front end of the sprayskirt. Now the bungee is at the front. Much better. But the coaming inflation tube is still annoying.

Characteristics: the AF veers off to either side when paddling stops. Obviously nothing guides the AF forward so it will go any direction. This is particularly annoying when you cruise along and want to stop paddling to get something on or in the kayak. You look back up and .... you just turned 90... it annoyed me in particular when enjoying nature, paddling at a slow pace. The kayak needs constant attention in order to have it go straight.

Solution: AF SKEG! I personally think it's a must have. AE might as well include it in the sales. But hey, now you have the option so that should be better money wise. Anyway if you like kayaking on bigger lakes with wind and want to enjoy nature .... get the skeg!

The AF can handle very high waves! You'll dig into waves sooner than longer hard-shells kayaks, but it's fun and you can even ride waves!! I kayak a lot on bigger rivers with cargo ships and such. Riding on their stern waves is fun! Attacking those waves is easy too. Initially because of the low seating position to the waterline it might be scary. But trust me... airbags float really well! I sometimes forget about all the air in the side tubes. So nothing to fear.

You need to cover both zippers with duct tape or alike because the zippers are not waterproof. The back zippers catches water from the paddle. The front from the waves. Water will enter. In flat water this is not an issue. You need waves of about 10 inches and higher or a very strong wind in order to get any water through the zippers.

I flooded the kayak several times for practice and noticed that even if fully submerged, you can still sit in the kayak and paddle along!! This is amazing! You have your own private water pool, but the two airbags (thwarts) and the four side tubes keep the kayak afloat! Paddling becomes much harder obviously, but it is possible. Not recommended in colder water

Be alert for capsizing. It seems the AF is stable initially, but when challenging rolling motions it will feel stable to a certain degree (literally), then suddenly capsize rapidly. I am pretty sure all AF owners capsized at least once. The rolling stability is not constant like in a hard-shell. This is because of the way the AF is build: tube at center, large canvas portion then two narrow air tubes. All this makes it stable, but rolling further on the air tubes (the side of the kayak), it becomes unstable and you will capsize. The good thing is, you 'fall' out of the kayak easily. The cockpit is big and open. No chance to get stuck, even with the sprayskirt on. The pull-off handle on the sprayskirt is not really needed. To get aboard again you profit again from the AF' initial stability. It's not like a hard-shell in a good way this time.

Most of us will try and compare the AF with a hard-shell. I did. And for good reasons: you want to paddle and get somewhere in a sleek fast kayak. I think the AF reaches out to hard-shells for about 80%. This is for hard-shells in general... not sea kayak hard-shells and not a percentage in performance.

But there is one factor that is new to me about kayaking and absent with hard-shells and sea kayaks: you can and WILL take it anywhere there is water!! You see a lake somewhere and you wish you had packed the AF in the back of your car. You probably drive back to get it! It's so easy to take this kayak along with you, that is what makes it so much fun. I use it so many times. Even just for a short 2 hours. Setup becomes second nature. I even know the amount of pumps by heart. And you can use it nearly anywhere:

Hey, don't start reading here... go from the top! I am a conclusion reader myself, but read the main article none the less. That's why I am not going to write much in here. I just love the AF. The best option out there for an inflatable (thus transport friendly) kayak with characteristics that get really close to hard-shell and what it can't do it compensates in all it can that a hard-shell can't. It can be used in just about any water environment (whitewater.... uh no!) And let me think out loud for you: I spend less money buying the Air Fusion + the better accessories (carbon paddle, gauge pump, tour sprayskirt, AF Skeg) + top notch paddlers PFD and the best dry-suit out there (ps220) for far less money (half) than just a hard-shell.

I am using my AF on hot weather days, rainy days, windy days and icy days. I survived a thunderstorm in my AF on a big river getting blasted by hail. I never felt more comfortable in my kayak, only hoping that lighting would struck the trees ashore and not me in the middle of the river...

Happy moments in the AirFusion:

hard-shell kayaker paddles over from the other side of the river only to find out just a few yards away that I am not in a hard-shell. "That's not a hard-shell, that's an inflatable". 'Yup... pretty fast huh?' Rain hits the deck and I feel warm and comfi, enjoying the soft foot brace and my warm dry socks. (I took me a while to realize how well insulated the kayak is: lots of still air!) And there are so many foot positions on the thwart, hard-shellers would only dream of... Surfing on a cargo ships stern wave enjoying the agility of the kayak.