Any paddler who has suffered the green-gilled demon of seasickness, with the dizziness, nausea, excessive salivation (or worse!) has wished he were instead sitting under a stationary shade tree.

What is Seasickness? Seasickness is characterized by dizziness, vertigo, nausea, and/or fatigue brought on by a perception of chaotic motion such as the pitching and rolling of waves. These are debilitating enough for sailors, or airplane or train passengers. But for open-water kayakers, who rely on their own ability to remain upright and under control, the problem can be downright dangerous or even life-threatening.

Preventing the onset of seasickness, or coping with it once it rears its ugly head at you or others in your party, can be a matter of life and death …

What Causes Seasickness? Seasickness or motion sickness is caused by a part of the inner ear sending signals to the brain that do not match the sensations of motion generated by the eyes. For example, while seated comfortably reading a magazine aboard a ship or plane, your immediate surroundings appear to be a stable, motionless place, when in fact the vessel is pitching and rolling. Your eyes see one thing while your built-in motion/balance sensors detect something very different.

It's this mixed signal which confuses the brain, causing nausea, dizziness, and worse. We’ve all experienced this, in cars, subways, elevators, planes, and of course large boats. But there is great individual susceptibility to seasickness, with one person positively reveling in the thrill of a lurching ferry boat or looping rollercoaster, while another may be sent to his knees merely by setting foot upon a floating dock.

Kayakers typically do not suffer these mixed signals, since we are so immersed in our environment, and so our eyes and ears usually agree. But if you mentally ‘expect’ a certain stability, or if you tend to think of your little vessel as something stable and steady, when in fact it is bobbing about on the waves, this mental disconnect can lead to motion sickness.

Avoid overeating and drinking too much water before paddling, as well as all alcohol.

Once on the water, resist the tendency to visually concentrate on your foredeck or the small area directly around your boat. Instead, expand your visual range to a large circle surrounding your kayak, then work on expanding that range even further, all the way to the horizon. And try letting go of the inherent mental expectation that your kayak be solid and steady.

Even when travelling on large boats, I can usually avoid the onset of seasickness by sitting near a window where I can watch the horizon, or stepping out on the decks for an even better view and some fresh air, and just to let the boat roll beneath me.

Natural remedies you might try: chewing gum, saltine crackers, ginger (candy, cookies, or tea), and ice water. Over-the-counter or prescription medical remedies that may help: Dramamine, Bonine, Scopolamine pills or skin patches, or Ephedrine, carried in your paddling first-aid kit. Friends have had good results with magnetic or acupressure anti-seasickness wrist bands, too. 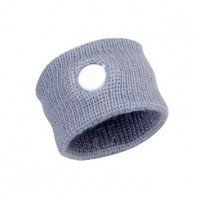 Try some of these possible solutions, and acclimate yourself to increasing time spent in choppy waters. There is evidence among sea captains and NASA astronauts that you can indeed train yourself NOT to get motion sickness.

Should someone in your kayaking party become overcome by dizziness and nausea while on the water, and unable to paddle or stay upright, immediately position another kayak alongside them to prevent a capsize! The incapacitated paddler can steady himself or drape his body over the deck of the assisting kayak, even while vomiting if necessary.

If the seasick paddler cannot recover soon and your group consists only of you and the victim, you may have to employ a Contact Tow (pictured on right): with the sick kayaker firmly clutching your forward decklines, paddle forward while pushing them and their boat backwards to the safety of shore.

If other paddlers can assist, you can utilize the easier and faster Rafted Tow (pictured on left): while a third paddler steadies the victim as described above, attach your waist-belt tow line to the bow toggle of the victim's kayak, and then tow both of them to safety.

Once ashore, assist the seasickness sufferer to a comfortable place to rest, preferably sitting upright, and offer light starchy snacks and water, especially if they have vomited. Once they have regained their composure and are able to keep light food down, administer any appropriate medications mentioned above. Resume paddling if possible to do so without becoming sick again.

In general, to avoid seasickness trouble when kayaking, stay loose in the hips, roll with the swells, and paddle on!

A Note to the Reader  This is a book review. It is not a guide to diagnosis and…