As I write this food column in January, I'm sitting in front of my wide bay window. Outside, the blizzard continues, but inside, I'm feeling nice and comfy with my 2 dogs at my feet and a few logs crackling in the fireplace. But I can't help it: I keep daydreaming of my little shack near the ocean in rural Maine, with all the bells and whistles attached to it, especially my 3 sea kayaks. So what better way is there to spend a lazy evening than by mentally visualizing some of my future kayak expeditions and by planning easily-made camp meals?

I don't know if it's the season, with its rarity of fresh local ingredients, but I've been thinking a lot lately about the ideal paddling trip for those among us who don't like to put much thought and effort into organizing meals when they pack up for a kayak or canoe trip. I just have to take a good look around me to realize that many people love to paddle and to camp in the wilderness but really don't like to make a big fuss about meal preparation, especially when they are out of their comfort zone, like in the great outdoors. That's understandable because it becomes a lot more challenging outside: heating the stove, fetching water, cleaning and chopping veggies, boiling rice or pasta, assembling all ingredients in one satisfying and nutritious meal. It can be a bit of a chore, even for someone like me, who loves to cook in those conditions! But I, too, sometimes feel that I could simplify my life by creating meals just out of a can. Well, almost out of a can.

So here's my proposal for this month: how about planning a multi-day paddling trip with food staples that come mainly from prepackaged goods? But with a twist: let's dress those convenience ingredients up a bit… I'm proposing a 3 day menu that could be extended easily (thanks to a long list of appropriate ingredients), which is very easy to put together without adding too much weight (cans) or bulk. The goal is to have a satisfying meal ready in 20 minutes or less. How to achieve that efficiently? With 4 simple rules:

So let's get started!

Planning around nutritional guidelines This is an easy one and the equation goes like this: for an adult paddling 3-5 hours a day, the average caloric intake should be between 2200-2800 calories a day, depending of your sex, size and activity level. Those calories will be split this way: at least 3 portions of proteins, 8-10 portions of cereals, 3-5 fruits, 4-6 vegetable portions, a bit of good quality fat, and a few treats. The more energy you burn the bigger the portions you'll need. Never ever go hungry! Always carry plenty of nutritious snacks with you between meals.

Making a list of favorite ingredients This is the fun part: let's just wander in the aisles of our favorite grocery store (real or virtual) and make a list of what we'd like to eat. Just remember that although it's easy to find precooked bacon, meatballs in a can or dried salami, the food one picks has to have good nutritional value because it's going to be the fuel to use to paddle. If it's loaded with nitrites, saturated fats or salt it's probably wise to use it sparingly, as a flavor enhancer, for instance, rather than as a main ingredient.

Creating a 3-day menu that includes each of the food groups At this point, you still have all the freedom you want to assemble 3 meals a day and, at least 2 snacks for 3 days that will respect the portions required from each food group we have previously assessed.

As for vegetables, it is very difficult to create nutritious meals by simply using canned ones. So plan to carry some fresh veggies, making sure you pick the most fragile ones (such as cucumbers or bell peppers) for the beginning of the trip, and leaving most of canned goods for the end.

Feel free to create your own menus based on the list of ingredients. Add all the items you wish to this list in order to customize it to your taste. The goal is to have fun and to plan the easiest and quickest meals for your next paddling trip.

Carefully plan the weight and bulk of the food items chosen Once you have created your menu for the entire trip, check for items that may make your cargo either too heavy or too bulky or both. For instance, soups and sauces in Tetra Packs allow for easy recycling to pack back after each meal. Maybe you'd be better off with broth made with cubes instead of your favorite canned one because you're already carrying too many cans; or you'll opt for fresh spinach over canned because, although bulky, they are light and offer better nutrition.

Of course, water that must be carried on board for the entire trip will always dictate the type of food to bring along too. With that in mind, maybe your beloved cream of broccoli that's ready to heat isn't such a bad option, after all, because you won't have to reconstitute it with some of your precious and scarce water reserves… Or you'd be better off with dried apple for your morning cereals instead of fresh ones because you are a small party of two and don't have that much room for the heavier stuff…

Think ahead, and have fun! 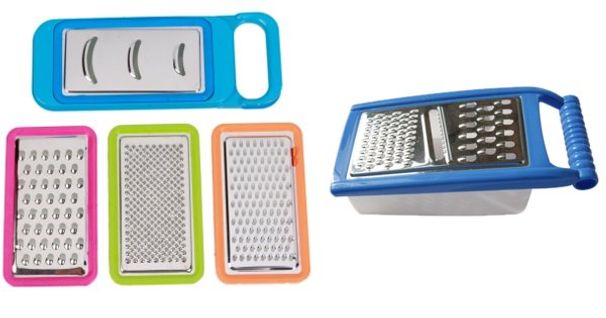 Of all the camp kitchen essentials, the grater is one of the last tools I would want to leave behind at…

Because it is so juicy, zesty, colorful and loaded with good stuff, kiwifruit is one of nature’s best…

Hot Beverages for the Cold Season