Explore the Cote-Nord region in Quebec with Ken Whiting and explore the rugged and beautiful terrain by sea kayak and paddleboard.

My name's Ken Whiting. I'm a world champion white water paddler. And I've led trips that taught kayaking around the world. As an athlete and explorer, my lifelong passion has been to challenge myself, meet interesting new people, discover beautiful places, and share these experiences with others. This is the story of these adventures. This is Paddle Tales.

So where are we going in this episode? We're heading north to one of the most overlooked regions of Quebec. A seemingly boundless area that's known for its rugged beauty and the diversity of its wildlife. It's a region that features 800 miles of coastline, thousands of islands and countless pristine rivers. In this episode of Paddle Tales, we're exploring Quebec's wild and wonderful Cote-Nord.

The Cote-Nord Region is located in Eastern Quebec. Stretching along the Saint Lawrence Waterway from Tadoussac to Blanc-Sablon at the Labrador border. The area has countless natural treasures to discover, which is why it's considered by many, to be the unpolished jewel of the Province. I'm meeting up with Jean-Francois of Noryak, an accomplished white water paddler, and sea kayaker, who has spent almost two decades exploring and guiding in the area. Our adventure begins on Quarry island in Mingan National Park. We get up early, and make the short hike across the island, so that I can get my first look at the icons that attract adventure travelers from around the world. The stunning limestone monoliths. That's pretty cool.

[Ken] I love the feel of a foggy morning. The feel of the fog, and these monoliths, is so cool.

[Jean-Francois] Yeah, it's incredible, because, you know, it's kind of sedimentary rock, so you know, the rock is all sculpt by the wind and the wave, the tide going on.

[Ken] Yeah, you can see layers. There's definitely a story, there, of time. They really are like pieces of art.

[Jean-Francois] Yeah, they are.

[Ken] If a sculptor came out here, and said, ah, let's do this. And I guess they are, in way. They're natural art. Walking around the monoliths really feels like you're on another planet. It really is amazing to think that Mother Nature has spent thousands of years sculpting these beautiful shapes with her erosive chisel. And the fact that she chose to carve a tribute to Barney the dinosaur, is particularly impressive. This rock really is beautiful. It's like these little pieces of Lego that have been put together. It's actually quite fragile, and you can tell how this is going to be carved pretty quickly, by the elements. From the monolith gardens, we head to Île aux Perroquets Or Parrot Island.

A tiny islet with storied history that serves as a gateway to the Western Inn of the Mingan Archipelago. We climb up its' recently restored lighthouse, to get a unique vantage point of the rare and beautiful marine environment that surrounds us. You know, lighthouses are awesome structures, but they're even better when you're on top of them, and now that the fog is starting to lift, got a great view of the whole area. You can see the sea floor, the waves coming in, the birds everywhere.

I think it's time to get in a kayak, now. I can hardly wait to get out in the water, and experience the Mingan Archipelago more closely. So I quickly assemble my track Kayak, while above, a splendid audience of local wildlife observes my every move. I'll tell you what, J.F., I wasn't expecting to do any surfing, I was expecting to see some birds, here, but there's definitely some nice little waves. What do you say we go catch some waves?

[Ken] We got a little Puffin buddy.

[Ken] That's the coolest thing about this island, is there are birds everywhere. And not just birds,

[Ken] but birds you don't really find many places in the World. Puffins! One of the coolest looking birds I think I've seen.

[Jean-Francois] I found they look like a clown a bit, and when they fly, it's special, because they work hard, you know?

[Ken] Yeah. And I love how they drop off the cliff, get speed and then just cruise the surface. They're like little fighter jets. So you, often come out to these islands with Noryak taking clients out here?

[Jean-Francois] Yeah,, and we do some kayak tours. So, a classic one, is to go to Île Perrot, but this one, you gotta be a strong paddler, or in good shape to do it.

[Ken] 'Cause we're about, what, three miles from mainland?

[Jean-Francois] Yeah, in kilometers, about four to five. We have to manage that kayak guide that know how to deal with that, so. Yeah, we take care of people and give them a good paddling trip.

[Ken] With so many islands, and channels, and the river to play with, you can almost always find somewhere to paddle. Whether you're paddling for yourself, or taking clients, there's something.

[Jean-Francois] Yeah, there's plenty of possibility around here. Look at those monoliths!

[Ken] Question is, how cool does it look close up? I think we have to find out. When it comes to sea kayaking, I've always loved paddling exposed coastlines, with rough water and surf, and there's nothing I enjoy more than picking my way through a rock garden, or a maze of mangroves, but now I can add a new favorite activity to my list, monolith paddling. It's pretty awesome to weave your way through the carved limestone towers, through shallow and narrow channels, exploring, and getting into places that would be virtually impossible to reach in any other way. In keeping with the days formula of new discovery, J.F. shares a delicacy of the Cote-Nord region with me, fresh Sea Urchin, which he just plucked from the water below us.

[Jean-Francois] I did, I just did, before.

[Ken] Salty, definitely salty. Huh, I'm gonna try a bit more. Our first day in Mingan National Park was everything I had hoped for, which is saying a lot, because I had extremely high expectations. There's just something about the North that has always captivated me, and this area is another perfect example of the magic that's waiting to be discovered. Look at this! Whoa! Of course, there's lots of different ways to experience the magic, which is why I'm excited to grab a paddle board with Jane-Anne Cormier of Les Vagues.

Together, we'll explore one of the many rivers that drops into the Gulf of the Saint Lawrence. So you grew up here?

[Ken] But, you didn't actually, really start exploring the rivers and the coast until you left,

[Ken] And then came back.

[Jane-Anne] Exactly. I guess you need, sometimes, to change scenery to realize what's there. I've always loved being in nature, but, never had water sports equipment, so it's really a new way to discover this area, that I've grown up with and known my entire life, but didn't really know that way.

[Ken] So what does Les Vagues do?

[Jane-Anne] Right now, it's a stand up paddle board School, I guess I could call it. So, we're giving introduction classes, it's possible to also rent the material. To rent the boards, rent the wetsuits, to go in the water by yourself, once you've experimented enough, and I also offer a guided excursion.

[Ken] I'll tell you what, this is one of the spots that I've been wanting to visit for a long time. And it is, it's very much what I hoped it would be. It's a mix of the North, with the beautiful forest life, but at the same time, rugged coastline, I mean, it's rugged wilderness, here.

[Ken] I mean, that's what's so cool about having the park, here, is that it just, boom, it makes it very accessible.

[Jane-Anne] And it's funny, because that's a comment that I get a lot in the city. Well, there must not be that much to do over there.

[Ken] Yeah, that's exactly it. That's what's so attractive to me. As we paddle down the coast, it's pretty obvious why Jane-Anne would return to the Cote-Nord after ten years living in Montreal. Being here is an undeniable part of living the dream. With the arrival of our final day, I struggle with the idea of having to leave.

The rugged beauty of the region, is spellbinding, but as a fresh group of travelers prepare for their own paddling adventure, I start getting excited myself, because today, Jean-Francois and I are taking our sea kayaks to the rapids that are found only a few hundred yards from the Noryak base where the Romaine River drops into Saint Lawrence. I really can't think of a better way to end my trip to Quebec's Cote-Nord, than with a good, old fashioned, play session. After all, the area is, without a doubt one of the World's most incredible outdoor playgrounds. I like to think of kayaks, as being nothing more than toys for big kids to take advantage of the natural world. But, as with any great trip, the end always comes too soon. I'm sad to leave, but incredibly thankful for the experience I've had in this wild and wonderful region known as the Cote-Nord.

Well, that does it for this episode of paddle tales. I hope you enjoyed it, and if you did, give this video a big thumbs up. Subscribe to Paddle TV if you haven't already, and leave any questions or comments that you have in the comment section below, and I'll get to them as soon as I can. Otherwise, stay tuned for a sneak peek of the next adventure on Paddle Tales. Next time on paddle tales, I'm heading to Les Îles-de-la-Madeleine, a breathtaking chain of islands located far from anywhere else in the Gulf of the Saint Lawrence. We'll explore the stunning coastline by sea kayak, discover the unique pleasures of island living, and swim our way into some of the Earth's most incredible cracks and crevices. These in Îles-de-la-Madeleine are unlike anything you've ever seen, and you won't wanna miss it. 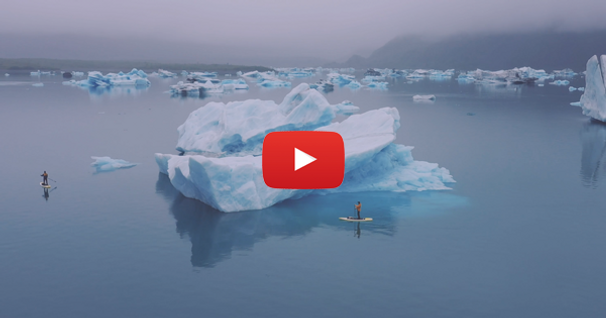 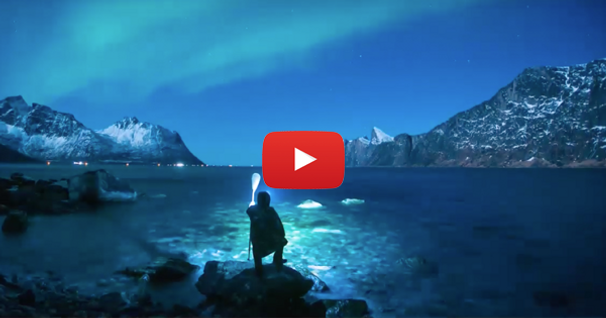 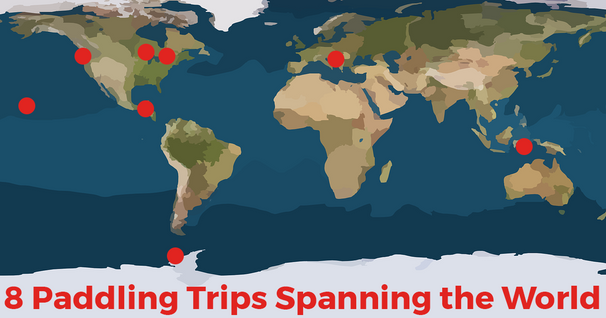