One of the negative aspects of canoe tripping is that you're forced to spend time in cramped quarters with another person all day; and even worse, you have to communicate with them if you want to get anywhere. I've even heard some people compare canoeing to that of riding a two-seater bicycle. Maybe that's why kayaking is on the rise (kayakers are just canoeists who never got along with their canoe partner).

Basically, if you don't communicate well with someone, you really shouldn't go canoe tripping with them. Here's usually what happens. The dominate person in any type of relationship, like a husband tasking his wife canoeing for the first time (sorry guys but its true), will tell their partner to just sit in the bow and power stroke while they do all the steering in the stern. The action not only makes the bow person feel inadequate, it will definitely lead to conflicts later on. Maybe not the first couple of trips. In fact, a relationship with the stern paddler in full control of the canoe could probably last a few years. But eventual that couple will want to run some rapids. And there's no way a canoe can successfully maneuver around a rock in mid-rapid by having only the stern person in control. While running rapids the bow person should be more skilled then the person in the stern. It's a sure way to end the trip, and maybe the relationship.

I've seen this type of scenario to many times: the couple will approach a rock, the stern person will yell out "Turn left, left, left...!" The bow person will first reply with a blank stare, and then an almost immediate reply of "How do I do that???" Then the stern paddler will try to compensate, which will almost definitely place the canoe broadside to the rock and more often then not will pin the canoe.

So listen up stern paddlers. Make sure you communicate with your bow partner. And bow paddlers, go out and practice these four basic steering strokes - or become a kayaker.

The advantage of the draw stroke is to be able to move your canoe effectively sideways and away from approaching obstacles. It is therefore no surprise that the bow person must become proficient with this stroke more than the stern paddler. Don't get me wrong, the stern person still makes use of the draw stroke to maneuver the canoe. It's just that it's far more efficient when used in the bow.

To produce a proper draw place the paddle on the side you want to travel, with the blade facing to the canoe. By reaching outwards, plunge the blade into the water and push or "draw" the water towards you. If you are drawing on the right side of the canoe, the canoe will ultimately go right. When the paddle reaches the canoe take it directly out of the water and repeat the process. Once you become an expert with this stroke, you can then advance by keeping the blade in the water after it had reached the canoe, turn it perpendicular, and knife it through the water to repeat your draw.

The cross draw seems to be one of the most confusing for people, basically because it feels quite awkward to complete three-quarters the way through. The stroke, which is usually done in the bow but can still be used by the stern paddler, is chosen when the canoeist wants to draw on the opposite side they are paddling on without switching hands.

First, position yourself as if your about to complete a draw. Now, by pivoting at the waist, bring the paddle over to the other side of the canoe without changing the way you are gripping the shaft. Then draw the water towards you. At first you may think it would be easier and quicker to just switch hands and do a draw on the other side of the canoe. But the cross-draw, when done right, is a far better option. 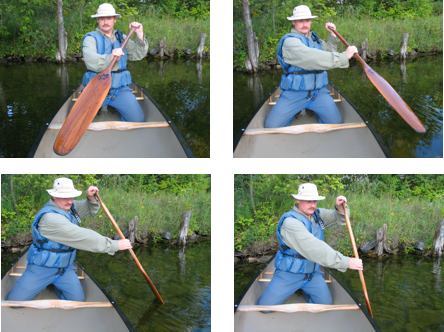 The pry stroke is similar to the draw, except instead of pulling the paddle blade toward the canoe you pry it away. It also forces the canoe in the opposite direction. So, if you pry on the right side of the canoe, it will go left. Therefore, by combining draws and prys you can move quite effectively without switching sides.

The forward sweep turns the canoe away from your paddling side. Place the paddle blade alongside the canoe, as if your about to complete a forward stroke. Now sweep the blade wide in an arc, forming a giant "C" in the water. The more forward you begin the sweep and the further you end it will determine the turning ability of the stroke. 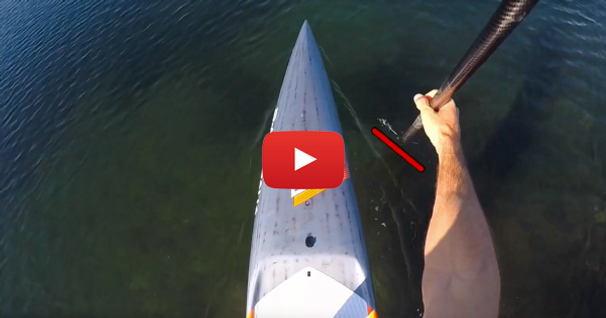 Forward paddling, that's your powerful straight line paddling, but your kayak really wants to go in a… 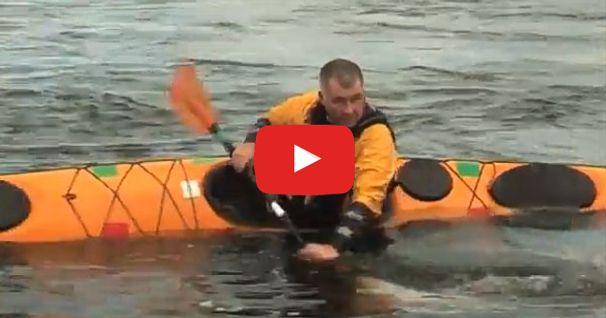 How to Turn Your Kayak

The upright position boat edged, all my weight is in my right hip. My left knee is up, and that's giving… 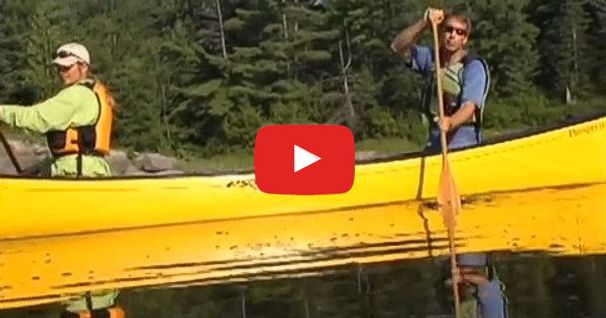