Read and submit reviews for the Rapier 20.

Read reviews for the Rapier 20 by Valley Sea Kayaks as submitted by your fellow paddlers. All of the reviews are created and written by paddlers like you, so be sure to submit your own review and be part of the community!

Submitted by: paddler235389 on 10/29/2013
Why the rating of 7? First, I think they made a well designed and fast hull. Fit and finish of the hull and deck is excellent. But the ball was dropped on three things. The boat needs a FULL footplate if ordered with tiller bar steering and the thigh hooks are useless with your feet close together. The rudder is a nice design but I would expect a boat like this to come with a molded carbon rudder not a flexible plastic one.

The biggest problem is the seat for two reasons: One it is too small for the average person. Second, after some careful measuring I found the seat is not molded correctly. It has a molded in flaw that makes the seat curvature different on one side than the other. Only after replacing the seat did I get comfortable in this boat and begin to paddle it correctly. After changing these things I am enjoying the boat as it is much more easy to control. The addition of a pull bar on my footplate helped so well that I would recommend any high performance kayak come with one as it allows much better control of the boat.

The cockpit coaming came loose on one side which was not hard for me to fix since I have a lot of experience with composites. But considering that I did not ever try to roll the boat and did not stress the coaming, it should not have came loose from the deck.

There are good points. The hull lay up and construction is great, the hardware installation is also. The boat has surprisingly good stability for its width. The cockpit leg room would accommodate even a tall person with big feet.

Great boat. What is installed on it needs some good upgrades and the seat needs redesigning. It is fast as I have had it to almost 9 mph and I am not a little person.

Submitted by: paddler233221 on 1/26/2010
I've paddled my Rapier 20 on Sydney Harbour for the past 6 months and had rather a vertical learning curve. I moved from an Epic Endurance 18 which literally fell apart after a year. 50% of my paddling time has been skill development - learning re-entry, roll, and edging skills. This boat needs good skills. The other 50% has been burning up and down the harbour trying to hang onto the back of V10's and Fenns. I do for a bit but not yet over distance. I will though.

Sadly I've had a few totally unnecessary breakages. The first was my hips, which did not even want to get in the boat - that seat is made for people without "child baring hips" and mine fought back. I modified the seat, sort of solved the problem but weakened it, and eventually went for a bumfortable still working on that one.

That Smart track pedal system - or as I call it Dumb Track - is the same one that Epic installed on the Endurance. It's broken, failed, busted and given up already. I'm now looking for a completely new system... any ideas? My heals wore deep gouges into the hull wearing crocks. Strange but true.

I weigh 90kg, pump out a bit of juice and have also managed to rip the seat combing off the hull. A shoddy repair when it first started might have prevented the eventual total separation from the deck. These are big surprises to me, I love the boat and everything it stands for, but I fear I might be back into the workshop more often than I was hoping. The new web site for Valley kayaks means at least i can give the makers some first hand feedback.

Speed, downwind maneuverability, great hull shape, really stable once you get used to it, not for beginners but a great boat for offshore in not-too-hairy conditions.

This is a very fast Sea Kayak…

Submitted by: guest-paddler on 2/6/2006
This is a very fast Sea Kayak with all the trimmings!I will be racing it so I made a few modifications. I havn't had a chance to put it in Big water, but it handles side chop and quartering winds very well!( This kayak holds the record for crossing the English Channel)It doesn't need much to make it a "10" and the manufacturer assures me that a few minor changes are allready being made.Look for this kayak to come on strong in the unlimited class.
Rapier 20
by Valley Sea Kayaks
Submit Your Review 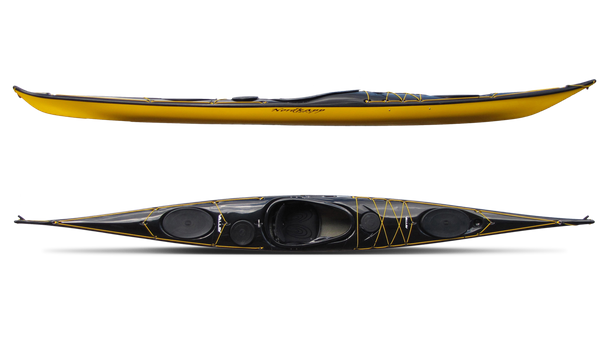 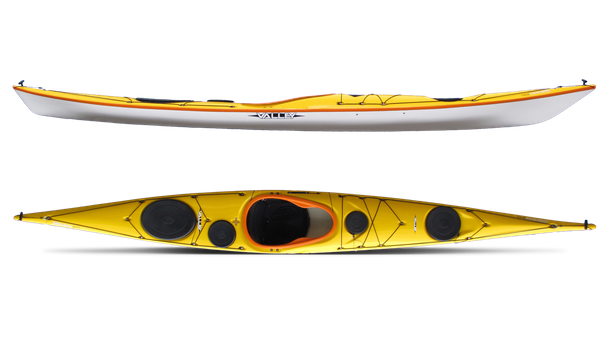