The long awaited and anticipated 300x Explorer Solo Adventure Series Kayak is finally here! Now you can do what others only dream of with our most versatile kayak ever! And this one is made for one! We've combined the buoyancy and durability of our Explorers with the ability to maneuver it like a race car through the toughest obstacle course! The 300x stands alone in a class of it's own! Designed to tackle whitewater as well as open-water and surf, this kayak is sure to add years of fun!

Read and submit reviews for the Explorer 300x.

Where to Buy the Explorer 300x

Read reviews for the Explorer 300x by Sea Eagle Inflatables as submitted by your fellow paddlers. All of the reviews are created and written by paddlers like you, so be sure to submit your own review and be part of the community!

I was very excited to get my…

I had my original Sea Eagle…

Submitted by: RKQ on 7/10/2020
I had my original Sea Eagle 330 for over 12 years, it survived hard paddling and finally tore the front out and it was time for replacement. I upgraded to the 300X and love this new boat. I love the removable skeg, and the tough skin. I use it on the Rio Grande in Northern NM. I replace the skeg to use in lakes for the enhanced tracking. I have paddled it in high winds, which admittedly is tough in ANY boat! I have recommended this boat over and over to people I know, and they also have been happy with the purchase
5

Fantastic! I've owned my 300x (and a 380x explorer also from Sea Eagle) for the last three years. I've had it on the ocean battling 5' waves, flooded rivers, whitewater, and flat lakes. It is amazingly well constructed, light enough for me to handle by myself, packs down easily, and is very stable. I adore this kayak. It is also extremely comfortable; drop the seat and take a nap on the lake in your boat! I can't recommend it enough.

i'm a small paddler of 66kg - 70kg (145lbs - 154lbs) i have paddled the 300x on the sea in flat to moderate conditions. i have also done grade 2 white water so far and it really is safe and stable, as long as it is not to windy this craft will track very well with out the skag, an electric pump even the smaller ones make it easier to inflate and just top up with manual pump, deflates and packs away fast. i bought a shorter paddle than the one it comes with and feel it helps my paddle of this craft.

Excellent experience. Rides well, tracks well, as stable as a hard-shell. Pumping the 5 compartments takes me longer than they say, so I bought a cheap $10.00 pump on Amazon that I plug into a converter that plugs into the cigarette lighter. Huge forward step.

On the other hand, it deflates really fast. I recommend drying it off first with a towel, Windex for dirty spots. I lay it out when I return home to dry thoroughly. 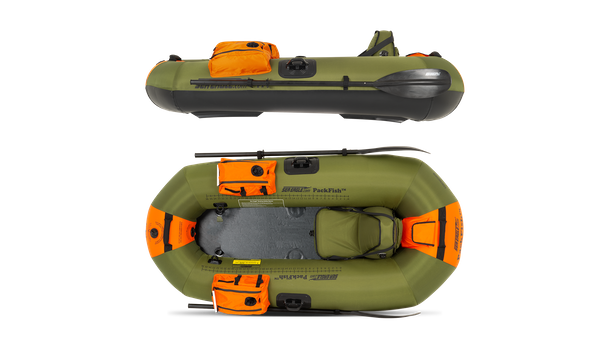 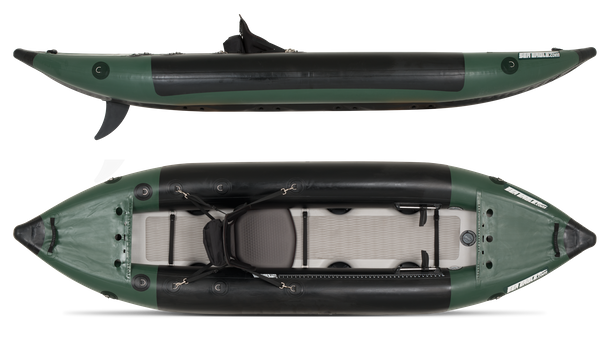 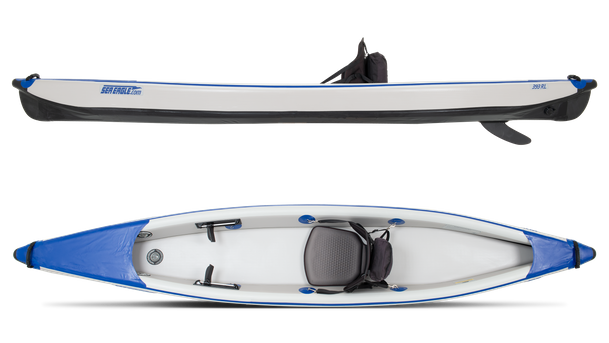