The Tetra 12 is a kayak brought to you by Ocean Kayak. Read Tetra 12 reviews or submit your own review to share with the paddling community. Check out a few other kayak recommendations below or explore all kayaks to find the perfect one for you!

Read and submit reviews for the Tetra 12.

Read reviews for the Tetra 12 by Ocean Kayak as submitted by your fellow paddlers. All of the reviews are created and written by paddlers like you, so be sure to submit your own review and be part of the community!

Submitted by: guest-paddler on 10/28/2020
I've had my tetra 12 for a couple of years, it's set up with multiple fishing options plus a fish finder and have used it predominantly out on the sea. It's stable and light.
4

Submitted by: paddler236980 on 7/28/2016
Very nice sit on top kayak. I have had it now for 3 years. The kayak is very good tracking and easy to paddle. I am 6'4" and 250. This is a very stable kayak and only gets tippy when you have a larger cooler in the back. Maybe it is how I've loaded it too. I would buy this kayak over and over. My daughter is 5'4" and 120 lbs and she loves the kayak. It is easy for her to handle and tracks and paddles great for her as well.
4

I got a Tetra having…

Submitted by: paddler236395 on 7/31/2015
I got a Tetra having upgrading from my first sit on, a Venus 11. I was looking for something a tad bigger but also still lightweight. I've got the NZ version which slightly lower spec, with seat I think being the main difference. I do like, it's noticeably quicker than the Venus, and enough storage room for reasonable kayak camping trips.

The one downer though is that it does weathercock noticeably, in comparison to say the Tarpon 120 and OK Prowler 13, and so can be an effort to control in side on wind/current/tides. It's possible to get a rudder which would help, but I hate rudders with having knee problems (I've a skeg on my longer sit in sea kayak). However it much lighter than both the above kayaks, and fairly easy to load onto the roof rack.

Storage is good, with the front hatch being easy access, but also secure and doesn't leak unlike the Tarpon 120. I'd considered the Angler version, but cuts down the storage under the lid. Rear tank as decent storage and comfortably store a trolley.

Overall I'd say 8 out of 10, I think a better designed hull would probably sort the weather cocking, as it's a fairly short boat to be severely effected by this.

Submitted by: guest-paddler on 9/3/2014
I picked a Tetra 12 as my second kayak after using a cheaper Pelican Apex 10 as a starter to "check the waters" and see if I'd really enjoy the sport. Well, I did enjoy it, and have been on every type of water I can find. Small rivers to the biggest lakes in NJ and everything from paddling to relaxing to fishing. I'll have it on the ocean before it gets too cold.

The Tetra is a massive leap in efficiency and speed over the $180 Apex. It carries my 200 lbs. with ease and tracks true. The Apex would wag its tail on every stroke of the paddle and it is obvious now it was pushing more water than gliding thru it.

I've added a few Scotty flush mounts and can use fishing rod holders or my battery powered stern light in any of them. The storage is awesome, I use the rear deck for bait cooler and a food cooler and have yet to need the locking bow hatch.

I'm glad I started with a cheaper boat before investing in the Tetra. It helped me appreciate the differences and they shine each time I use this boat.

Submitted by: paddler234567 on 6/4/2012
I took the Tetra 12 out for a demo yesterday, and I have to say I was quite impressed. I found it quite fast for a 12 foot boat. It was also a stable ride. I was comparing it to 14 foot boats, and while not as fast as those, I was still impressed with it. For the price, I don't think you could beat it.

It had the standard Ocean Kayak seat, which is good for recreational use -- then again, that's what this boat is designed for. The tank well in the back was roomy enough for a cooler, and you could adapt this for fishing purposes fairly easily.

Good all around kayak. 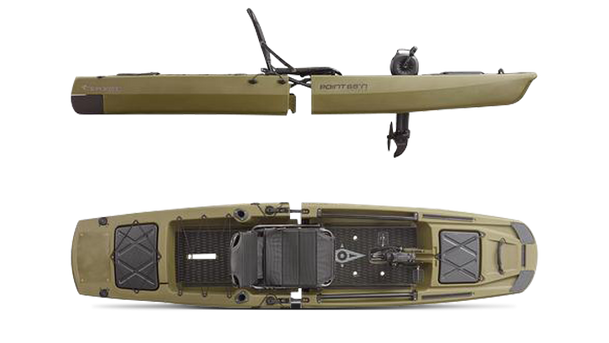 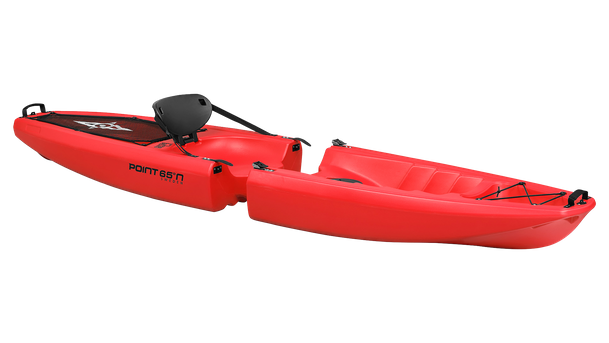 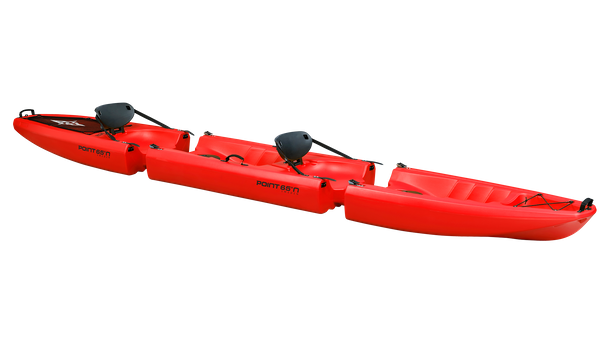 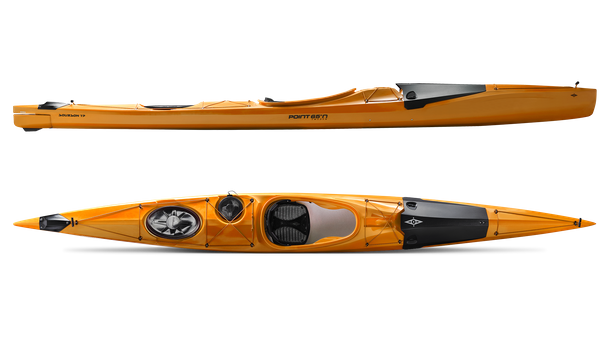