Read and submit reviews for the NRS 12'6 Adventurer.

Read reviews for the NRS 12'6 Adventurer by NRS as submitted by your fellow paddlers. All of the reviews are created and written by paddlers like you, so be sure to submit your own review and be part of the community!

The NRS Adventurer inflatable SUP is a fairly big one: long, wide-ish, and 6" thick. It looks great, the workmanship is excellent too. There are two versions of it, both out of production as of early '17. Version 02 has slightly more reinforced sides and is a hair heavier than v.01, otherwise identical.

I paddled it on the ocean, in protected areas and some small beach break too. It is fast for an iSUP, noticeably faster than my other 10.5' inflatable. There is no rocker and the nose is only slightly upturned, combined with long length, and this is not the best surfing board. Not intended to be. It works well in following seas though and just like any long board can be surfed with some success but it is really meant for exploring by heavier people or with load. I am 200lb and this has plenty of reserve buoyancy for me.

The 6' thickness and added length mean the inflation time for the NRS Adventurer is about 2x that of my 4" thick 10' long iSUP. But it is more rigid a the same pressure, and at 12-15 PSI handles well, without much deflection or bounciness, certainly less than on the 4" thick models.

There is definitely more windage on any 6" thick board, so more affected by winds than my 4" board. Still, not an issue to paddle even in breezy conditions. It tracks reasonably well, but not "n rails" - after all, it is a flat bottomed craft. Better than the shorter models, not terribly stiff. When I step on the rear and lift the front above water, it pivot-turns easily and is stable in that position.

Overall weight is reasonable, packs nicely in a decent backpack (included), along with pump, fins, 3 piece paddle (not included, get your own), life jacket, repair kit, and some small odds and ends, and still comes to under 50lb for airline travel. The board itself weights much less than that, of course, it is actually as light or slightly lighter than my 10.5" model, probably not as bullet proof thick, but solid enough to not have to think about it much.

The foam pad is thin but comfortable. The fins mount and dismount securely and without tools.

For flat water and racing a narrower width would be good, for touring and choppy water, the width of the Adventurer is fine.

I accidentally over-inflated mine once with the included pump to almost 25 psi and it became rock-hard and did not burst, so it can take the pressure ;). But 15 PSI is plenty for rigidity. 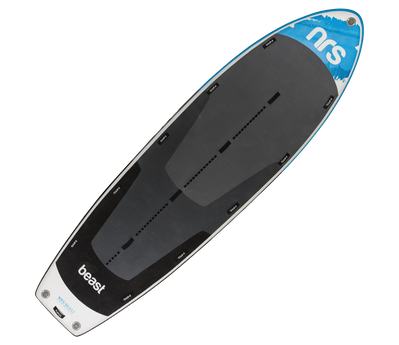 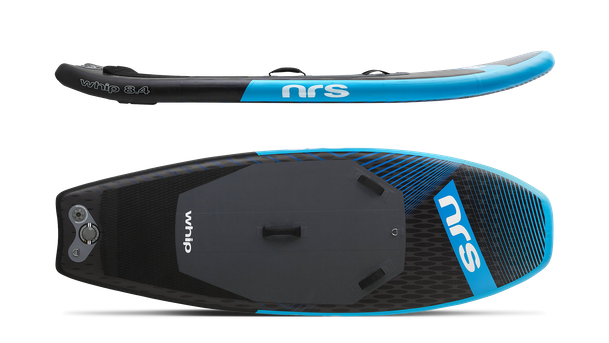 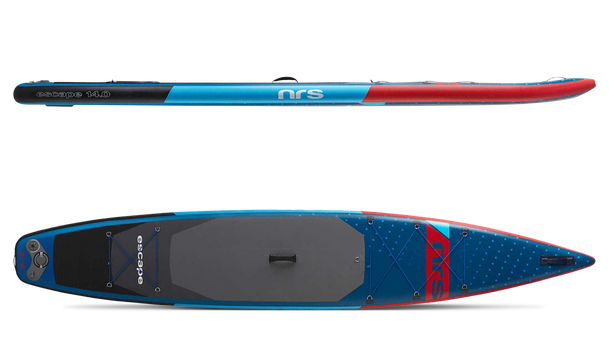