Read and submit reviews for the Ultimate 14.5 Propel.

Read reviews for the Ultimate 14.5 Propel by Native Watercraft as submitted by your fellow paddlers. All of the reviews are created and written by paddlers like you, so be sure to submit your own review and be part of the community!

For older ladies that love to…

Submitted by: shortmarie on 7/5/2014
For older ladies that love to kayak, this yak is a dream. Stable, comfortable and easy to maneuver.. Having the option to pedal and paddle makes kayaking in less than perfect conditions a pleasure. I had to hunt through 6 states of outfitters to find one. and drove 500 miles to pick it up. But it was worth every minute in the car!
4

I must disagree with the previous review. Any underpowered prop driven craft…

Submitted by: paddler234336 on 10/24/2011
I must disagree with the previous review.
Any underpowered prop driven craft would have gotten hung up in the same situation. An electric motor driven Ghenoe would have been in the same fix.

I have had the ProPedal 14 for about three years.

Con: It is not nearly as fast as the Hobie.
2

I bought one of these last…

Submitted by: peapod on 3/3/2011
I bought one of these last June and it was unsafest kayak I have ever used. I bought the propel because I wanted I boat I could pedal as well as paddle. Since I was recovering from a shoulder injury the dealer said this kayak would be perfect. I tested it off the canals near his shop and although used to a sea kayak and this handle like a barge I accepted it because it was a means to get out on the water. I decided to go out with members of my club for its maiden voyage (It was the boat from his demo fleet) and at first all seemed well... The seat with the optional lumbar accessory was comfortable, the boat handle the chop and I was doing a steady 3 mph. I went under a bridge which had seaweed and it got caught in the propeller (a small plastic unit). I tried to go forward or back but nothing happened. At the time there had been no instruction manual written on line or with the boat. Soon the peddle flew in the air and landed in 10 feet muddy water. In order to clear the prop you must stop the boat with no control, lift up the propeller from the center of the boat, clean it out, return it. You can use your paddles but the foot pads are not in place because the pedals would hit them so you can not get full power. If there is no current against you no problem but otherwise there could be big problems. My group towed me to safety.

I called the company and the dealer. The company gave me an indifferent response. I asked for the president and got a secretary. The rep said that the pedals were installed by the dealer backwards. Gee a bicycle has a right and left pedal and one can not thread into the other. They gave me new pedals and a few weeks later I soloed. I was great for the first mile and then I hit the seaweed in the boat channel. I cleaned out the prop 5 times in 15 minutes each time going further away from my destination, I also bought backup pedals. Finally I took the paddles got out of the current and escaped. I was lucky a motorboat did not rip me apart on this Sunday afternoon.

I returned this disaster waiting to happen to the dealer and after charging me an evaluation fee I was able to exchange it toward another yak.

If you live in an area were seaweed or other vegetation would not get caught on to the propeller than this would be a nice fishing boat. I would not recommend this boat to anyone where there is boat traffic, tides, currents, or strong winds. 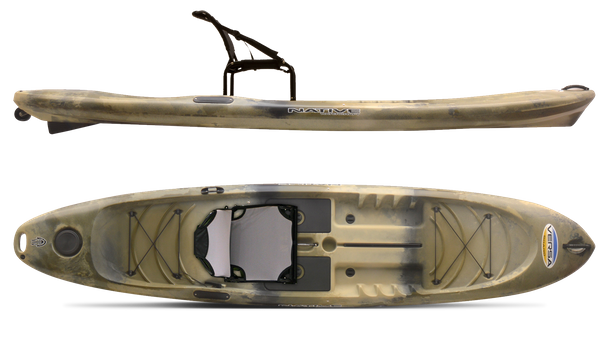 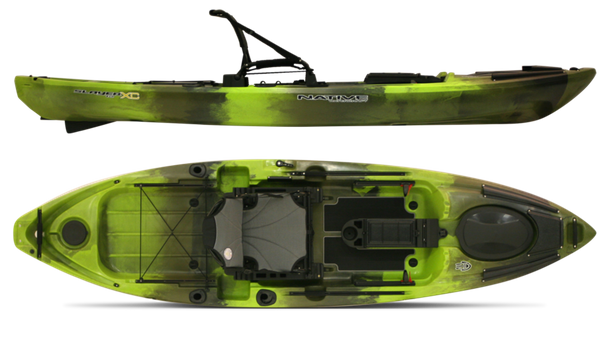 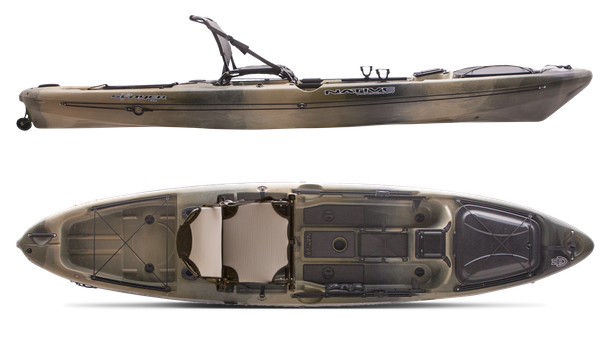