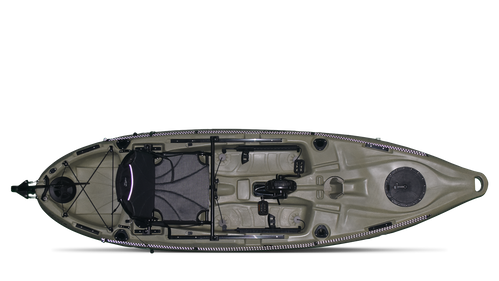 The Mako 10 is a kayak brought to you by Riot Kayaks. Read Mako 10 reviews or submit your own review to share with the paddling community. Check out a few other kayak recommendations below or explore all kayaks to find the perfect one for you!

Read and submit reviews for the Mako 10.

Read reviews for the Mako 10 by Riot Kayaks as submitted by your fellow paddlers. All of the reviews are created and written by paddlers like you, so be sure to submit your own review and be part of the community!

We purchased this for my…

We purchased this for my mother when she was diagnosed with Cancer for therapy. She loves it on the open water. It has been magnificent in how it's handled both in the lake and river. It is a calming and peaceful measure to help her through a challenging time. We will get another one so we can go out on the lake to share these moments together.

Got to try my buddies Mako…

Got to try my buddies Mako 10. At 6'2" and 205 lbs. I was a bit concerned about stability. Stability was great, handling excellent. A very nice kayak!

What i love about the Mako 10…

What i love about the Mako 10 is its ease of use. It's easy to get into and out of. The seat is comfortable and there is ample leg room even for taller people. I really love the neon green color. The color makes it stand out so its easy to locate in a group and looks sporty as well.

This kayak is a true…

This kayak is a true fisherman's dream. It is light enough to be easily roof mounted and sturdy enough for the roughest of rivers and lakes. There is plenty of water tight storage and adjustable foot pegs for stability. The wide bottom shape provides great balance that easily glides through the water. There are several tie down and rod holder points with a large leg area for tackle box or fish finder.

My honey received this as a…

My honey received this as a present & we love it. It is only made for one person - so we take turns. It is easy to navigate & use. It is perfect to enjoy a day out on the water, maybe even taking pictures. Try it for yourself I promise you will enjoy it!

This is an awesome Kayak,…

This is an awesome Kayak, great stability and steers perfect.

I have two kayaks and I have…

Favorite items: at 35" wide I didn't feel jammed in the cockpit. The 10' length makes it easily maneuverable on and off the truck with a 5 1/2 foot bed not including the tailgate so an extender was not needed. Just secured and I was ready to roll. It was easy to navigate into the nook and cranny areas on lakes and ponds. A longer length kayak would have been frustrating to use. I felt the additional width added to its stability which made me feel more confident and safer. Overall I really enjoy the Make 10..

The Mako 10 is a great kayak. I've seen kayaks in chain stores and thought that it would be nice getting out on the water with just nature and being alone with my thoughts, but there was always something about the box store kayaks that was a little daunting to me. Either they felt like the hull would take on water just by hitting a few rocks, or after going home and studying their reviews it became clear to me these kayaks are not something I felt like I could risk my life in. Then my brother called me telling me all about his new Mako 10. I went and checked it out and immediately fell in love with it. He even let me take it out on the water and it was so hard to give it back, but luckily he's a great brother and let's me take it out while he's away on business. The Mako 10 is fast, tracks straight, and is so perfect fighting swift rapids. Not only that, but the propulsion system helps me achieve an all around workout. I knew my search for the right kayak was over, so I'm currently planning on getting myself an early Christmas Present so we both can get on the water and goof around like we once kid while growing up.

Super awesome kayak! My buddy has one of his own and uses it ALL THE TIME! I've gotten to use it twice, and each time I was so jealous I didn't have one of my own! It has great stability and great tracking. It is very comfortable to sit in and maneuver around. The pedals are my favorite part of the boat, They allow for easy access around the lake, pond, or ocean. I would not recommend them in a river situation. The rudder works flawlessly and is accessible with ease. The storage compartments come in handy and are very useful. I totally recommend this kayak! Maybe if you want a little more room, go for the mako 12, but the mako 10 I can say is flat out awesome!!!

The Mako 10 is your basic fun, convenient, all purpose watercraft. It has remarkable maneuverability, is very stable, and handles well. These characteristics make it a great choice as a fishing kayak, the perfect float for exploring rivers or lakes, or simply a goof around ride. Not only is it well crafted, but it is both easier to transport on a smaller vehicle and is much more affordable than it's bigger brothers and sisters. A great choice for an all purpose float.

Comfortable, stable, easy to use. Have used it on the sea and rivers. Works really well on both - moves well in both calm and rougher waters. I wouldn't hesitate to recommend.

Stable, comfortable, and really roomy. A comfortable way to spend the day. Easy to get in and out. Spent a day paddleing around a Rockie mountain lake. Next I will try fishing from it, catching some Rockie Mountain Rainbow trout or pike. I would recommend this to anyone from beginner to expert. Worth every penny invested in it.

I appreciate the size of the…

I appreciate the size of the Mako 10. I feel I have more control with a shorter kayak. It's very comfortable.

Received this kayak as a gift…

Received this kayak as a gift and I absolutely love it.

The Mako 10 has sure been a complete awesome buy! Bought for my wife, I tend to use it more! Lots of room, fishing or just floating along!

Great all around kayak. The…

Great all around kayak. The width makes it very stable and easy to get in and out of. Its also light enough to load and unload from the rooftop.

I use it mostly for exercise,…

I use it mostly for exercise, love it, so peaceful 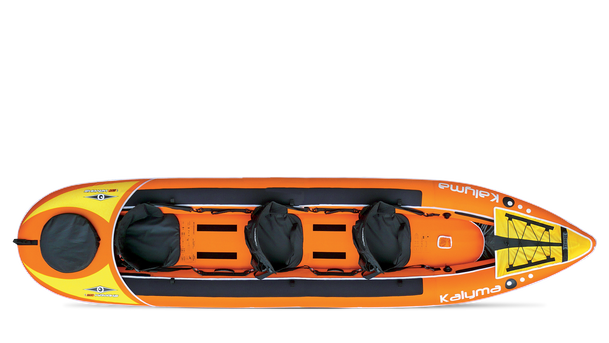