The Rogue 100 (previously the Rogue XP Two) is Ideal for fishing, diving or just playing, the Rogue 100 offers functional sit-on-top utility. The wide, stable outline and open stern lets you easily re-board from the water, while an open cockpit provides effortless drainage. Featuring our proprietary XP floor™ Technology and 600d polyester deck cover, the Rogue Series represents an outstanding value for any recreational paddler considering a sit-on-top kayak. The Rogue’s floor uses an inflatable chamber with Aquaglide proprietary X-beam Technology to produce a stiff, durable PVC beam floor. The Duratex™ hull material is blended with rugged 600d polyester for long-life and excellent UV protection. With the combination of these materials, the Rogue is built to take any adventure that comes your way. To finish it off, the Rogue’s rear accessory straps provide good stowage for toys or gear, while strong padded handles are found all around the boat for convenient boarding and transport. The supportive Core™ seats offer many thoughtful features including high backrest, mesh storage pocket, and integrated fishing-rod holders. Fin system includes stiff, durable, foiled fin with unique quick-release for easy setup. Storage bag and pump sold separately.

Read and submit reviews for the Rogue 100.

Read reviews for the Rogue 100 by Aquaglide as submitted by your fellow paddlers. All of the reviews are created and written by paddlers like you, so be sure to submit your own review and be part of the community!

The Rogue XP 2 is a fabric…

Submitted by: guest-paddler on 6/16/2016
The Rogue XP 2 is a fabric covered PVC air bladder sit-on-top tandem. Our interest was primarily to evaluate its ease of use for disabled paddlers, and we discovered that it works very well for that. The boat is easy to set up, the fit and finish are very good, and the seats are excellent. It's pretty easy to handle, and could be easily used by older children and younger teenagers as well as adults. The platform is stable, and would be very easy to use for swimming/snorkeling. Paddlers with limited mobility will find that it's easy to enter/exit, and not very demanding to use, especially if a second paddler is on board. Single paddlers will find paddling and maneuvering a bit slow. The fabric seems durable enough for most situations, and easily cleaned. It also dries quickly because there aren't any crevices or hard-to-reach pockets to retain water. All in all, it's a comfortable, undemanding craft for most situations.
4

There is a lot positive to be…

Submitted by: paddler235564 on 5/27/2014
There is a lot positive to be said about this kayak. It is clear that the designers worked hard to make a viable sit on top inflatable and in large part they succeeded. I have a sit-in inflatable from Advanced Elements -- an old style Dragonfly 2 which I keep stored in my RV -- as well as 2 hard-shell kayaks -- one sit on top, and one sit-in.

I bought the Rogue because I found more and more I was avoiding the Dragonfly because it's just too much hassle to dry it out before I could pack it up. It was a huge production of propping the damn thing open while it was un-inflated so the water could evaporate, moving the props around to expose various parts of the kayak, and sometimes that process took days. With the Rogue, I simply turned it on it's open end, let the water drain out, and the next morning it was dry as a bone.

Other positives: It is well made and sturdy. It is very responsive -- turns well, and tracks straight. There are 4 carry handles (front and back, and one on each side), as well as paddle loops on the side for transport.

The seats are better than any kayak seat I've ever used -- thick on the bottom, with side supports on the back so it doesn't dig into you when you lean back into it. The seats are fitted with fishing rod holders so you could have 4 rods going at once if you wanted. Amazingly, the kayak floor is strong enough so that you don't sag into the water when you sit on it (this is a a huge complaint I have with the Drangonfly. Butt sagging creates drag!), and it's a delight to have the paddling position so high in the boat. The thing is essentially a pontoon boat so it's very sturdy on the water -- nice for getting in and out.

The Rogue has half the Dragonfly's weight -- I'm guessing around 15 lbs deflated, which makes it really maneuverable for a single person. And the foot rests are really ingenious.

BUT...The floor is short and the seat positioning such that you can't use the footrests if you are over 5' tall. We had to remove them so we could have more room. In fact, the seat positioning is such that it's really tight for 2 people. I'm 5'2" and had to sit in the back because the back seat sits so close to the front seat. My partner, at 5' 10" had her feet hanging in the cargo space at the front of the boat. The open back means water gets in, and your butt gets wet. I expected this and don't mind, but some might. I live in Florida so the water is warm, and there is only flatwater kayaking here. Like any sit on top, you wouldn't want to use it for whitewater, Because water flows in and out of the boat your cargo has to be in a dry bag. But there's not much room for it.

I've taken the Rogue out solo and tandem, and in both cases, there is significant sway as you paddle, which makes paddling inefficient. But the biggest complaint is that it's just hard work to move it through the water. For whatever reason, it does not glide. I've ordered a longer paddle (I have a 230 cm and I'm going to get a 94" paddle) to see if it makes a difference. But this reason is why I didn't give it 5 stars. After 1.5 hours, I was ready to come in -- not what you want for a planned day-long trip! I have not tried to use it as a swimming platform (the ads say you can hoist yourself in at the open end of the boat), but I expect that would be a huge benefit in a place where there are no alligators!

Soooo, I've decided to keep it, but with reservations. I can use it to poke around in bays and estuaries, and on short river trips, as part of a longer day out. I would not use it all day. Plus, it fits in the RV which is why I have inflatables in the first place! 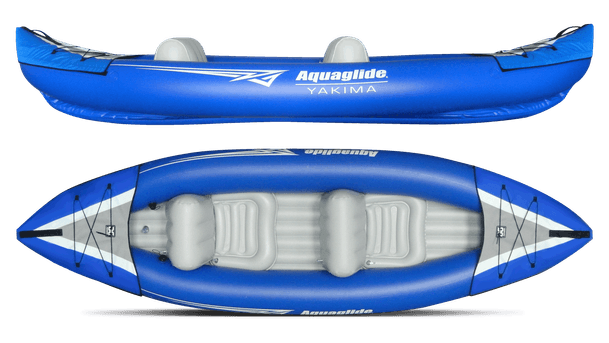 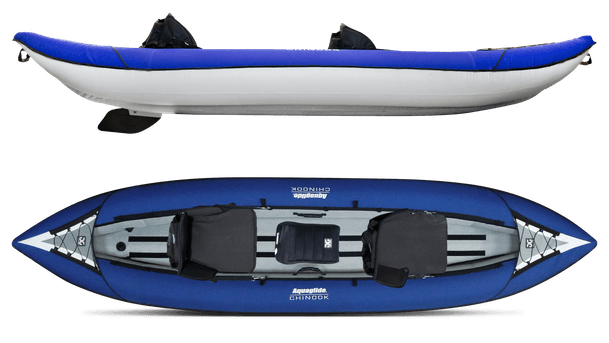 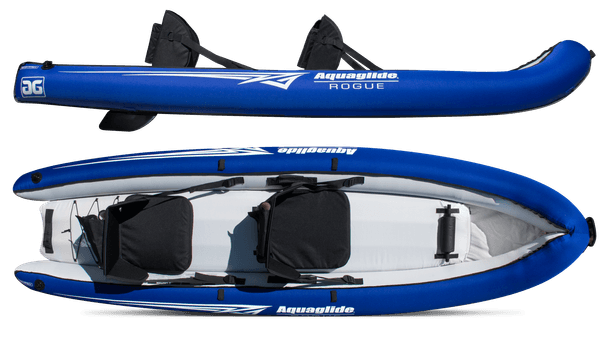 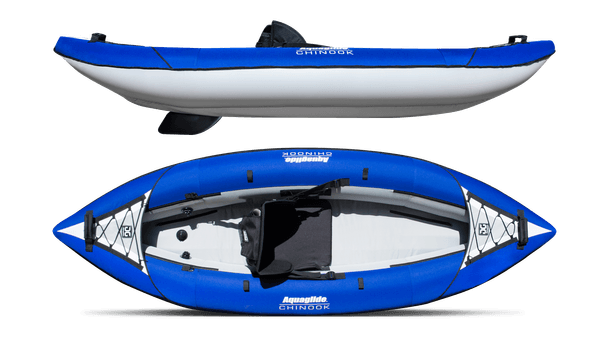